If you want, you can also submit suggestions on what should be on the new background, or possibly even a sample one of your own making.

Feel free to give feedback or your own opinion on this decision below.

I already posted it.

Okay apparently this picture is too big... (i tried it out)

Pic looks good, but yeah as Hearts said it is too big.

AB go are basically the toon characters, and the question should be where's Hal in his toon form, because AB characters are CGI and we can't ad without having them looking like an army of weird looking critters 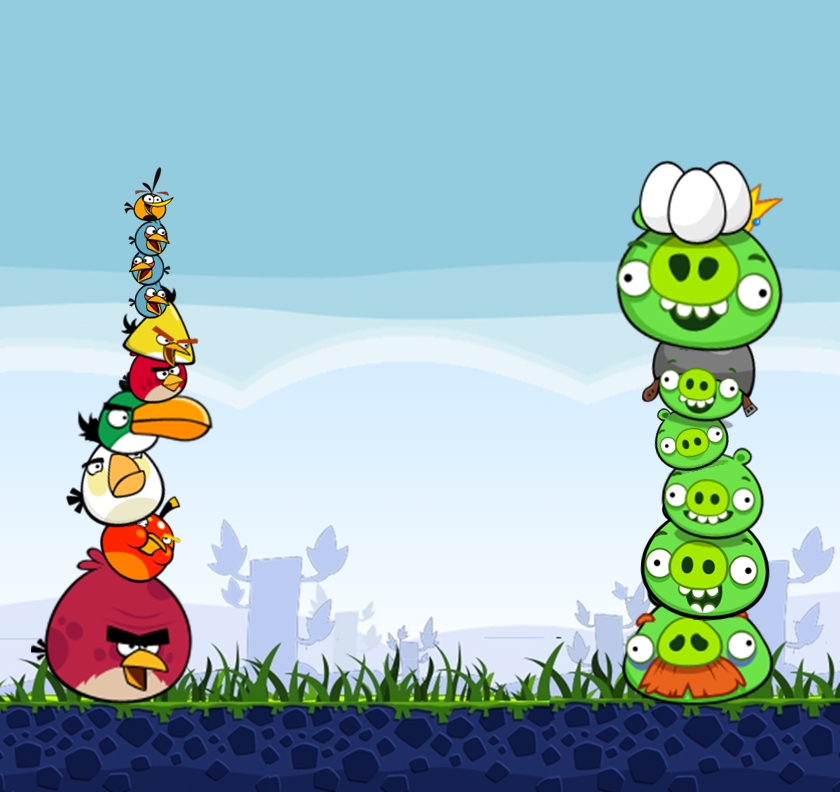 (edited by The Boomerang)
0

(edited by Angry Hearts)
0
We should make it slighty transparent so we cann see the pigs as well.
(edited by The Boomerang)
0

It looks great transparent too bad its almost fall when this decision was made. :/