Since I've been in and out for quite a while, I'll just introduce myself.

I'm "The Boomerang", a guy that joined this Wiki a while back. 5 years back, actually.

And that's not something I'm saying as a gloat, it's just something that I think about.

Like, I've spent quite some time here. There's been a lot of good times, a lot of bad ones, but I've met really great people that I ended up caring about as I worked with them.

But it's really not fair to be acting like this because I don't really care about Angry Birds anymore. I mean, I don't even own an Angry Birds game at this point. I ended up packing all my Angry birds stuff a while back, which I never really got to, but it was something I really needed to do.

I mean, thinking about how old I am, I feel as if I need to move on.

At this point, the only reason why I really stay here is because I really care about the people here and the community. Otherwise, I would have been gone a while back.

That being said, I am really leaving, for maybe the 10th time. (I know I've said that I would "leave" a couple times now)

It's not that I'm just attempting to get attention. Every time I came back it was really because I genuinely missed being around. I mean, when you revolve your life around something like this, there's not much to do. And that's honestly depressing for me.

But the way I see it, this is just the end to an honestly great couple years. I loved being here when I was younger, and when Angry Birds was a much more flamed up topic. So in that way, I want to thank people like Brendan, who, sent me an automated message the minute I got on the wiki, and made me think someone sent me a personalized message welcoming me. (it was pretty funny)

I also want to thank Link and Hearts. Coincidentially, all three of us joined the wiki at around the same time and ended up building our way up in the Wiki together. Being in the staff and working together was an absolute blast. It's been a long, stressful road, and even though Link isn't active anymore I just want to wish him the best.

Lastly, I want to thank Qaz. I wouldn't have had the time I had on the wiki that I had unless he had given me a chance at being part of the staff regardless of the actions that I had taken before. No matter how unprepared, or immature I was being, for some reason, there was always a second chance so that was something that mattered a lot for me to be here.

To our newer staff, Aqua, Bp, Golden Gale, Iamarepeater, you guys are seriously amazing. The wiki is in really good hands with you guys.

I guess I'll stick around for a bit now, but thanks for everything everyone.

To make this whole thing a lot less depressing...

(edited by The Boomerang)
0
Good luck Boomerang. Wish you all the best.
(edited by PrinceGoldenGale)
0
Good bye. Hope you visit here again. Thank you for your great contributions.
(edited by Bp101697)
0
Funnily enough I too have not been playing Angry Birds very often in recent years. It's been a great experience working with you and I wish you the best in your future ventures.
(edited by Qazqaz555)
0

Boomerang... my man. It's been a great ride for all of us, really. What an amazing, wonderful journey we've had growing up together on here. I hope that this isn't your last time on Wikia forever. (There's a lot more to explore around here, take it from me)  Although the Angry Birds craze all once went through us, there is a certain point where it finishes. We all gotta grow out of phases sometime I still do play Angry Birds for its classic standard versions only. And for me, I think that's where I'm always going to be. It holds a very special part of my childhood and introduced me to the mobile world of gaming. I will never forget our early, cringe worthy days, with Link too. (hope he's doing well wherever he is now) I wish you truly well, and I hope we get to talk again, any time soon, Wikia wise or even on here. It's been great to know you. Good luck, and farewell. 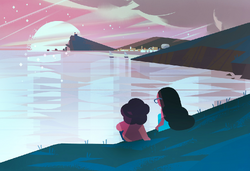