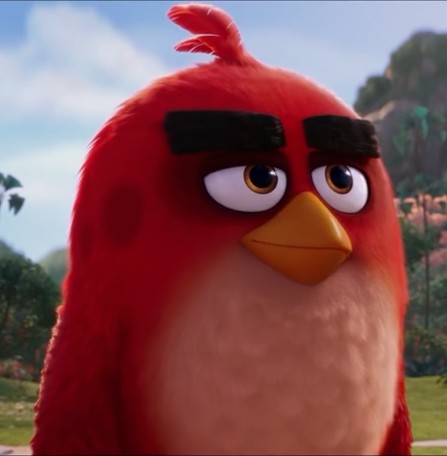 Leader of the Birds

Being bullied, being made fun of, danger, Judge Peckerhead (formerly), anger management class, being picked on, pigs, Leonard (formerly), the Birds not listening to him, Chuck and Bomb's annoyance, Mighty Eagle giving up, being called Eyebrows, his home destroyed, pigs stealing and eating the eggs

Red is a red anthropomorphic Cardinal with red feathered hands, he has a light red chest, brown eyes, and large black eyebrows

Red is a calm and short-tempered bird. Red can lose his temper when the other birds act clumsy towards him or getting angry for small things. Red's horfrible temper sterns for being teased by fellow birds who are making fun of his thick eyebrows when he was younger and also can't control when he is anger.

Red is also very serious and determined. He has shown his intelligence and bravery to save the Blue Egg from Leonard and the pigs. 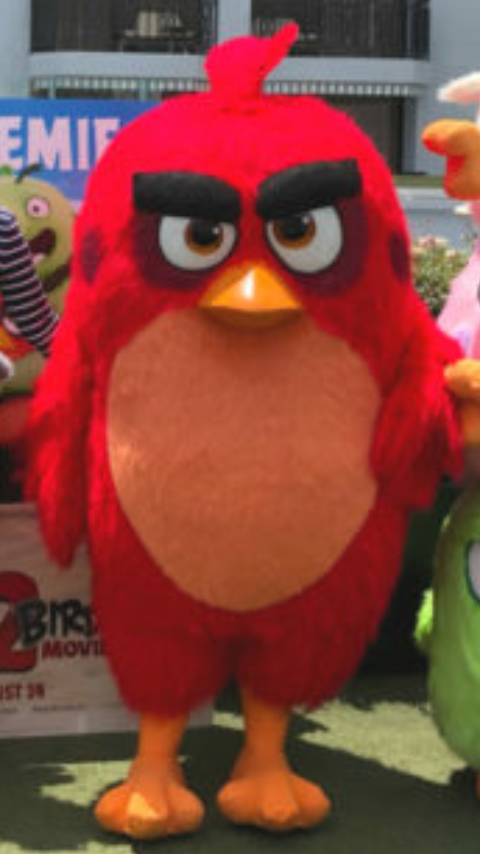 Red as he appears in Angry Birds Activity Park

The Maxwell Wiki has a collection gallery of Red.

1.) Red has trouble controlling his anger, as he tends to get mad at the slightest things.

2.) Red was one of the first Angry Birds created.

Also, did you know that King Pig was going to appear in the movie, along with his father, King Leonard Mudbeard? 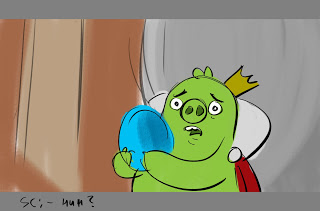 He DOES Appear, he is the Top Hat Pig (Also known as Fancy Pig).

Wait but i did not notice Smoothcheeks showing up with Leonard. What does your picture tell anyway??

It's a concept art of him. 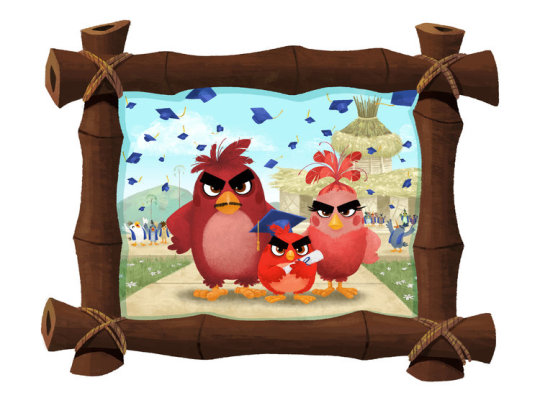 @Pham Hank Here they are.

Oh wow, ok thanks. But, why did the first movie indicate that red live alone all the time. Remember when the little female kid bird said to an other male bird that: "You didn't know that?? He doesn't have parents".

Hey and also where did you find the picture?? I want to save it to my phone but dont know how to do it on Fandom.

Just search for ''Angry Birds Red's Parents'' on Google and you will find.

Red Should’ve been adopted by Terence's Parents because Red and Terence Look alike and They Should Be Brothers. There needs to be a Picture of Red, Terence, and His Parents. There should’ve been seems of Red Spending time and Hangin our with Terence.