Angry Birds Wiki
Register
Don't have an account?
Sign In
Advertisement
in: Season 2013, Released Episodes of 2013, Abra-Ca-Bacon,
and 2 more
English

Magic Portals
Abra-Ca-Bacon is the first episode in Season 2013 of Angry Birds Seasons. This is the Circus-themed episode and the sixteenth episode overall. It was released on May 16, 2013, and this is celebrating World's Circus Day. All of the episodes are based on magic. It introduced portals that teleport birds, pigs and everything that falls into them to another portal of the same color. 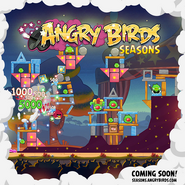 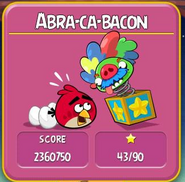 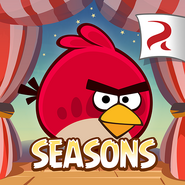 The 3 circus batons you get after completing the episode

The 3 Circus Batons you get after 3-staring the episode
Español Polski Русский
Community content is available under CC-BY-SA unless otherwise noted.
Advertisement