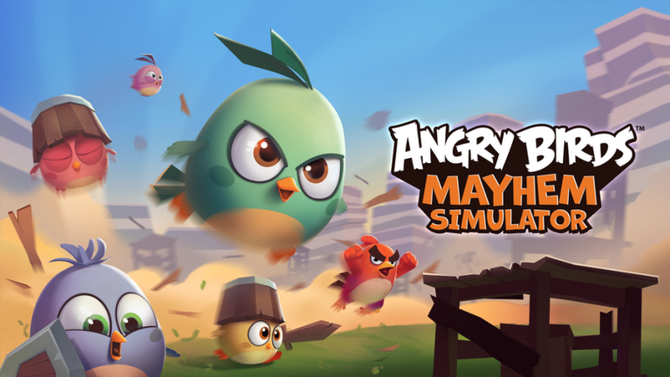 None (Replaced with tasks)

This article is about the official Roblox experience. For other uses, see Bird Island (disambiguation).

"Hey Stella! I'm outside your house. Come check out my new car!"
— Red

Angry Birds: Mayhem Simulator (also known as "Project Espoo"; previously called "Angry Birds: Bird Island") is an official roleplay experience on Roblox which had it's Closed Beta for members of the group called Metaverse Team - RP started in early December 2021 from December 9 till December 15th. The game came out of closed beta on December 16, 2021.

On May 26, 2021, Roblox appeared to be removing many of the unofficial Angry Birds games on the platform via DMCA takedowns filed by Rovio Entertainment. Many fans did not know what was occurring during this time, so groups formed to commemorate the deleted games like one called, "Angry Birds Memorial" by @AngryBirds_RBLX. Even though many of the older games got content deleted, newer games with the Angry Birds theming are still on the platform to this day.

On April 27th, 2022, the game got renamed to "Angry Birds: Mayhem Simulator", with it's genre of game being changed from "Roleplay" to "Fighting". Many fans were upset and angry at the Metaverse and Rovio Studios for implementing (in their words) "A downgraded game" into the application. The game under this update struggles to gain over 100 active users, which is less that the traffic the game originally got with it's "roleplay" and story-line aesthetic.

Explore the island, raise your hatchlings and create your very own Bird citizen!

Traverse the island on foot, by car or sling yourself across the island with the slingshot!

Raise and dress your hatchling pets, own a beautiful bird home, and become a bird citizen yourself! Use the slingshot, or take a drive in your car to explore the Island.

Raise and dress your hatchling pets, own a beautiful bird home, and become a bird citizen yourself! Use the slingshot, or take a drive in your car to explore the Island and maybe you will find some hidden treasures!

Build your hatchling army and start flinging in this new destructive experience!

Destroy the towers by clicking to bring them crashing down. Recruit new hatchlings, build your army, and rain destruction upon the towers!

On December 13, the official Angry Birds Twitter tweeted a picture of a Red bird Roblox character made out of cardboard boxes in the Rovio lobby in Espoo, Finland with the caption "this is a teaser". Then around an hour later, the account tweeted: "how do u log in to roblox ?" Then, on December 16, the Angry Birds Twitter officially posted their announcement with a teaser trailer.

The image in question

In this version of game, you were greeted by Red, who would trll you to meet up with Chuck. Chuck would show you around the island and introduced you to Bomb. Bomb would tell you information about your Hatchling. Then Silver showed you how to apply for jobs around the island to get hourly paychecks. You could switch from humanoid and bird form whenever you would like in the game. You could also take jobs around Bird Island, such as professor and a shop keeper. You could also drive cars and rent houses.

In the rebranding of the game, the original map is completely removed in favor of a "clicker/grind"-style of gameplay. You tap on nearby structures to throw your hatchling at them. The more structures you break down, the more gems and coins you get. There are also options to buy more hatchlings through an egg gambling system with % amounts of chance for a certain hatchling. You commence to the next stage by acquiring enough mighty eagle coins to break down the transparent stone wall. 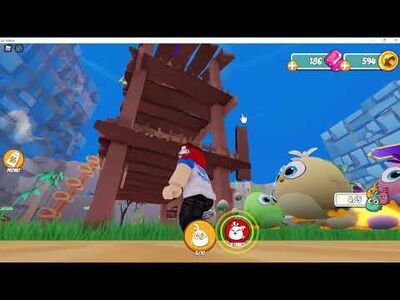 All of these locations were removed during the rebrand, including:

Locations in the rebranding can be unlocked with specific requirements, and are known as worlds. For example, the 3rd world can be unlocked by unlocking 6 hatchlings. The more worlds you progress, the harder it is for your hatchlings to take down constructions.

Cast (in the trailer) 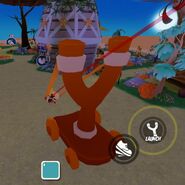 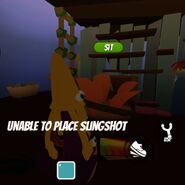 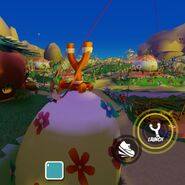 Announcement from the official Metaverse Team Discord Server in #ab-updates