Angry Birds Cheetos is an official game by Rovio Entertainment that promotes cheetos in Turkey. Like in Angry Birds Volcano in here there are also codes that can be found of the packages.There are also daily prizes like an iPad or Angry Birds plushies. It includes the Cheetos Bag, which can be flung at the pigs like a bird. This web-based game is on Facebook and not linked from Angry Birds Chrome.

Chester Cheetah was telling the birds stories but the pigs stole their cheetos. The birds go after them, defeat them and get their cheetos back. 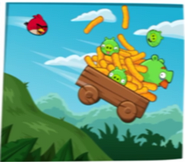 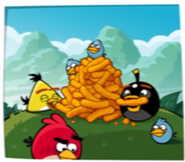 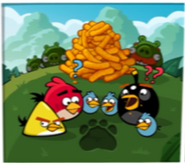 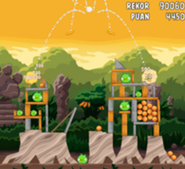 Retrieved from "https://angrybirds.fandom.com/wiki/Angry_Birds_Cheetos?oldid=297966"
Community content is available under CC-BY-SA unless otherwise noted.