In 2013, Gemmy Industries released a small line of Angry Birds Christmas Airblown Inflatables. The majority of these inflatables are smaller (2.8' to 5') and mainly feature Red, but a few are bigger (5' to 8') and include other characters like Chuck, Jay, and a pig or 2. The smaller inflatables have a cheaper fan with Led lights, whereas the bigger inflatables have heavy duty fans with replaceable c7 light bulbs. There are currently 7 released Angry Birds Christmas inflatables (some with multiple versions), as well as several Halloween and Easter prototypes that never made it through production. The prices of these inflatables ranged anywhere from $25 to $80 (approximately). A couple originally sold at Walmart, but they are no longer available in stores. They can still be found on eBay, Amazon, etc.

Note: Ones marked with [PROTO] were never purchased in any store and were only made for conventions and trade shows. 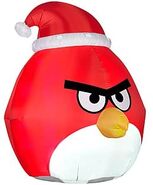 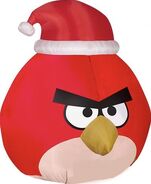 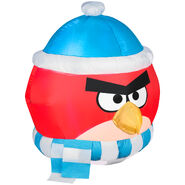 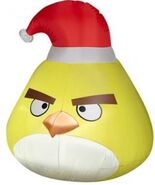 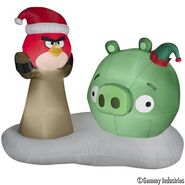 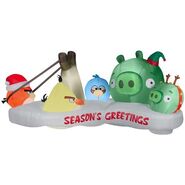 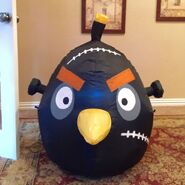 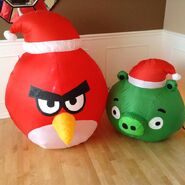 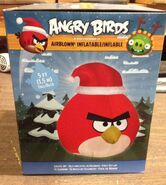