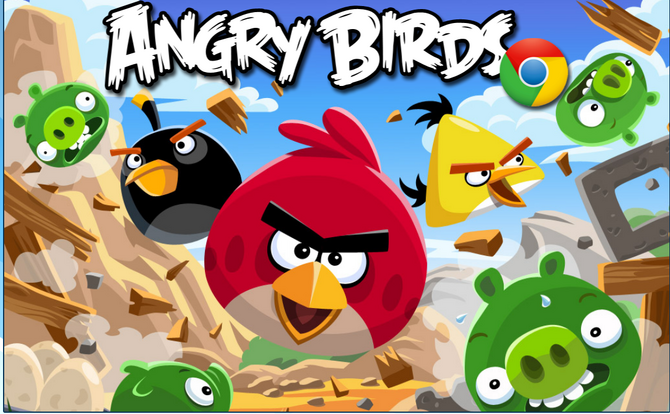 The logo of Angry Birds Chrome.

The Mighty Eagle was also available for free for the first 21 levels of Poached Eggs.

The game was discontinued on May 4, 2015, as announced in the AngryBirdsNest Updates Log. It is no longer accessible and removed from the Chrome Webstore.

The link now redirects you to the AngryBirdsNest homepage and you can't play it in modern Chrome browser even with caches.

The game was also fixed on February 5th, 2022 and it now works at https://sandstormdev.indie.af/ but the audio is broken and so is some of the Website UI. [4] It however runs on HTML5 meaning it can be played on mobile devices and most other platforms with HTML5 support.

These episodes are modified from the original versions as present in Angry Birds Seasons.

The first code could be obtained by installing the Google Books app to the Chrome browser, then reading five pages of "Birds for Dummies."

The second code was given in small blocks by installing four apps from the Chrome Web Store and performing basic tasks using the apps. These included Hipmunk, Elfster, Astrid and Earbits.

The third code was obtained by installing the BBC Good Food app and clicking the icon.

Alternatively, Toys R Us stores offered one of the codes for free during the Angry Birds 2nd Birdday celebration on December 11, 2011.