Angry Birds Dice was a cancelled online virtual board game, involving Angry Birds characters as they appear in The Angry Birds Movie and soft-launched by the Korean mobile game company Joycity, in which players attempt to collect property and bankrupt their opponents by having them land on it.

Angry Birds Dice was released on February 2, 2017, in Asia and Europe as a soft-launch.

Pre-registering the game will claim a bonus of 4-Star Skill Card and an unlocked character Leonard.

On September 10, 2017, it was announced that Angry Birds Dice will shut down the servers on October 10, 2017, due to company restructuring. The game was removed from the App Store and Google Play Store, marking the fifth Angry Birds game to be cancelled.

A message on the official Angry Birds Dice website

The game is monopoly-like, the player has to roll a dice and make a determined number of steps with a character, each character has its own abilities. After reaching some points, the player can gain property over something, such as the Pig Boat or The Castle.

If players use the same character, the opponent's character will be painted, in order to not difficult the gameplay. The game features special Power-Ups, which are Dices, that have different abilities each.

The player starts with Red and starts unlocking other characters by the way.

A message on the official Angry Birds Dice website 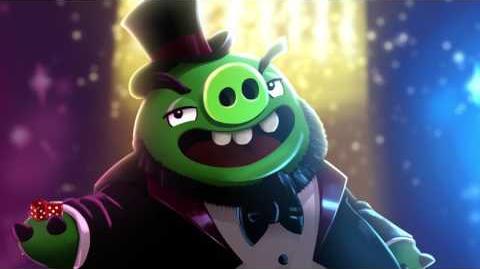 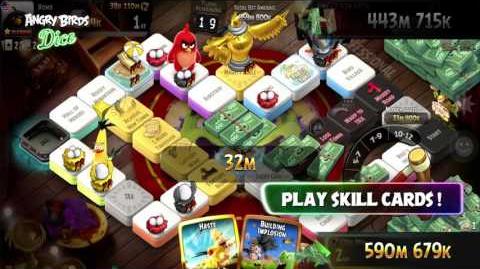 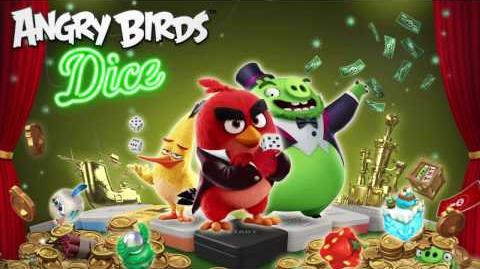 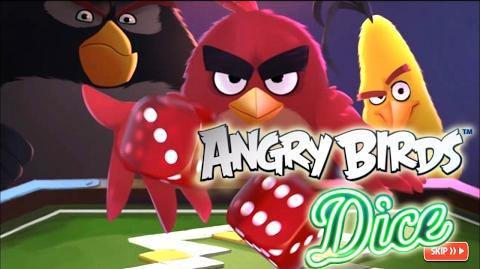