"The Hatchlings want to steal your eggs! Tap them away"

Angry Birds Egg Attack is an arweb.app game developed by Zappar and published by Rovio Entertainment for their collaboration with Burger King in April 2021.

When there are hatchlings on the screen, you tap them individually to stun them. A slingshot assists the player by flinging pig snot at the hatchlings to slow them down. When all 3 eggs are stolen, the selfie camera is enabled and the player opens their mouth to catch the hatchlings.

In this Augmented Reality (AR) game, you would first scan the QR code on the AB ball plush, which would lead you to the game's website. From there, you choose one of the 9 plush balls (Red, Chuck, The Blues, Bomb, Matilda, Stella, Silver, Vivi and Mighty Eagle) to defend the nest from hatchlings. 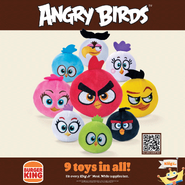 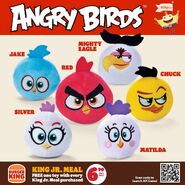 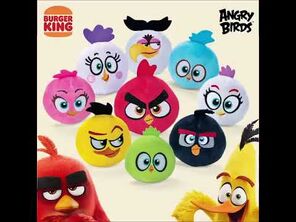