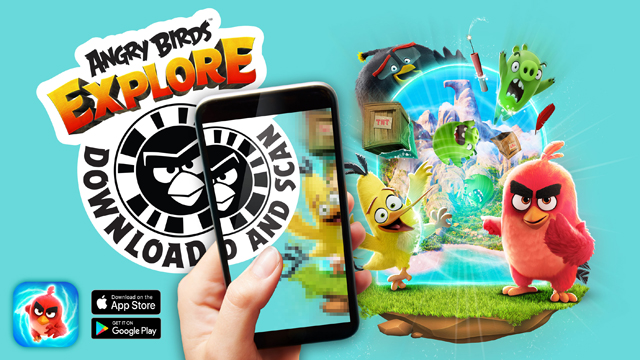 ESRB: E for Everyone
Apple: 4+

Angry Birds Explore (known as "Project Magic" in development)[1] is an AR application based on the Angry Birds series. It's similar to Angry Birds Action! in some aspects, but has different gameplay.

Angry Birds Explore is a fun and exciting way to bring the Angry Birds world to your living room through the magic of augmented reality! Step inside several Angry Birds attractions to play fun mini-games, make AR animations, and interact with the Angry Birds world like never before. Explore Bird Island and join your favorite characters from The Angry Birds Movie 2 to play games, do fun activities, and tend to your worm garden. Hey, Hatchlings have to eat, don’t they?

The game has a lot of minigames, but most of them are unlocked by using Bird Codes. You can scan one by simply aiming your mobile device's cam at it. They can be found on the official merchandise of The Angry Birds Movie 2 and are also compatible with the first movie's Bird Codes. There are also other minigames:

Artwork of Red for this game.

One of the error codes you can get when you scan a Bird Code that has been taken down (discontinued collaborations) or put on the app's blacklist. 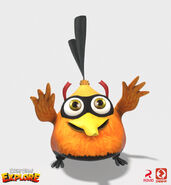 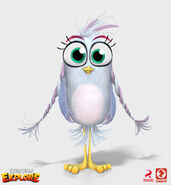 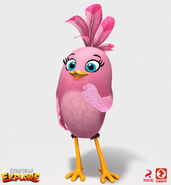 A variety of unlockable vehicles in the Go Fly! minigame. The weapons were based off vegetables.