Angry Birds Fight! was a match-3 puzzle video game with role-playing game elements. The game was developed by Rovio Entertainment and Kiteretsu Inc. In the game, the player must match enough Angry Birds to earn enough power to defeat the enemy players and pigs.

The game was soft-launched in some Asian Pacific countries in early 2015 and the worldwide release was on June 11, 2015.

On June 27, 2017, the official Facebook page of Angry Birds Fight! mentioned that the game will shut down the servers for the game in November. Later that day, the post was deleted, probably due to negative comments or it was early to post it.

On August 1, 2017, the game was hidden/removed from the App Store, silently being discontinued. However, the game could still be played by downloading it through other pages, or if the player had downloaded it before. On the same day, on Angry Birds' Twitter account mentioned the same message, same goes in-game. The post on Facebook was back up with the same message. Afterwards, the official Facebook account and Twitter accounts (both ENG and JP) of Angry Birds Fight! were deleted. The Walkthrough site was also shut down, as it hasn't been updated since February 2016. Daily Challenges were disabled following this.

On November 15, 2017, all servers for Angry Birds Fight! were shut down, essentially rendering the game completely unplayable. Attempting to start the game would result in a network error message on the title screen.

The error message you see when trying to launch the game after the game servers shut down.

This game was a 3-matching game just like Angry Birds Match. Right after pressing the Fight! button, the game will automatically match with the other players or (if not joined on Facebook) fighting with the bosses (the pigs). If you're lucky, you'll enter into a Chance Battle. Your reward will be multiplied up when you win or even lose a Chance Battle. When the matching is successful, a board will appear below the battle. Your mission is to match vertical or horizontal rows of three panels or more so the birds can gain attack-boost (

). When you match four panels, you will activate your bird skills to sabotage your enemy and when you match five, a special sabotage panel will appear randomly on the board and the whole board turns into a different color. This mode is called "Fever Time". Each bird has a different bird ability and sabotage ability, such as Red erasing all other red panels and lock some enemy's panels in a wooden box. This is called a wooden panel and it's broken when you tap it. Chuck erases panels in a horizontal line and digs into the enemy's board a horizontal line. The Blues bounces everywhere and erases random panels and covers the enemy's panels in paint. Matilda lays an egg bomb and erases panels in a vertical line (below her only, erases 3x2 at the bottom) and digs into the enemy's board in a vertical line. Bomb explodes and erases panels around him while the enemy's board turns into black and white. Stella blows a bubble to push panels away and blows the other bubbles to block the enemy's view. After matching, the game will activate Bonus Time which the panels will be erased randomly. During this mode, you can't match panels. Then, you'll fight with the enemy. The two birds will fight until one of them is out of health (

) or both of the birds have no total attack damage left. The winner will be the bird with more health. Win many times in a row to get Winning Streaks which have some coin bonus for you in the next battle. (You cannot use these Winning Steaks in the Arena)

This is a PvP game (Player vs. Player) so you are not going to fight with the computer like Angry Birds Epic. You'll fight with real players around the world. But you have to play with the computer in boss levels and monster event levels. In boss levels, you'll be matching panels just like the original level, but the pig has different skills. Pigs can put piggy panels, lock the panels in the stone panels in which you need to tap two times to break it, turns the whole board into black and white, and making holes at the center. This time, when fighting, birds and pigs will take turns just like Angry Birds Epic. You'll get one or two stars when you lose and you'll get three stars when you win. In monster event levels, you'll be fighting with a giant pig called Monster Pig. In each monster event, you'll fight with a different Monster Pig and there are many kinds of them such as Sazae Pig, Angler Pig or Kaijuu Pig. Each kind of Monster Pigs has two kinds: Original Monster Pig and Super Monster Pig (or Golden Monster Pig). These pigs have no skills so you don't have to worry about blocking you to match the panels. When fighting, you'll take turns and fight just like boss levels. After defeating the Monster Pig, you'll gain Event Points (the names of the Event Points will change in each event like Sazae Points, Angler Points or Kaijuu Points). Get Event Points to earn rewards from your mailbox and earn more rewards when you place yourself into a high place in the leaderboard.

To unlock the birds, you have to do the missions. There are 6 birds in the game and Red will be unlocked immediately when you first start playing the game. To unlock Chuck, you have to complete the tutorial and you'll meet Chuck after you saw him has been attacked by the Chef Pig and his ship. You have to fight 30 times to unlock The Blues. You have to get 30 items to unlock Bomb. Try to defeat 10 Challenge Bosses with a three-star rating to unlock Matilda and support your friends 10 times to unlock Stella. You can also unlock the birds immediately by using 6 gems. If you don't use a bird for a long time, the bird will get angry, which means its attack and defense will be boosted. Your bird will calm down after one battle.

The six birds in this game can change the weapons, hats, and accessories. Weapons help you to have attack power to attack your enemy. Hats help you to increase defense-boost. Accessories have skills that will help you in the battle. These items have five ranks: C, B, A, S, and SS. These items can be enhanced with an amount of coins. You can get Rank B and C items (you can even get a Rank A or Rank S item sometimes) after fighting and you can get items from Rank A and above in the Slot game. You can get those items as a reward in the area's missions and events. Your ship can change the bow, the mask, and the deck. These items also have five ranks: C, B, A, S, and SS. You'll get these items from the area's missions, from the Slot game, and from the events. Some of these types of equipment have skills to help you during the battle. You can increase your experience and level when you fight with the enemies. And also remember, the higher level your birds are, the more things they (or your ship) can carry. The total weight of your bird's (or your ship's) equipment and the maximum weight that your bird (or ship) can carry is next to the


In the new update, the game presents the new Bird Arena Event. This is also a PvP Battle. Each battle will cost 1 ticket (

). You can get some tickets as a daily reward during the arena event or get a ticket by fighting in the original PvP levels. The kinds of the arena events based on a bird that is available in the game. That's mean you must unlock the following character to enter the arena and you must choose the following bird. (For example: If the event is based on Chuck (or called Chuck Master Cup), then the player has to choose Chuck to enter the battle and of course, your opponent will also choose Chuck.) When you finish fighting with the opponent, you'll get arena points. Arena points are used to earn powerful rewards in the arena. If you win your opponent, you'll get 10 Arena Points. Defeat opponents who have a higher level than your bird to get Tough Enemy Bonus and win many times in a row to get Winning Streaks and add it into your Winning Streaks Bonus. This will add to your total Arena Points. If you lose your opponent, you can only get 5 points with no bonus. If you both get a draw, both of you will get 7 Arena points. You'll get the reward if you're in the following place. The higher the place, the more powerful rewards you'll receive.

A recent update brought Dr. Pig's Lab. You can access it from any island using the slingshot. There is a total of 32 levels. Each level contains pigs, but they are not in ships. They can sabotage you, and sabotaging them brings down their stats base on the bird (Red and The Blues drop health, Chuck and Matilda drop attack and Stella and Bomb drop defense. Each sabotage drop 10% to the max of 50% for 5 sabotage). There is a 30-second time limit against these pigs. Each level has different special skills, like "Red is in angry mode!" or "2 wooden treasure chest(s)".Some levels might have restrictions like " Bomb can not be used!". There are also treasure chests placed around the lab, which you can get for items. At the end of the levels, there is a minion pig in a tank. When tapped on, it says the pig is being used as a guinea pig, and if you free him he might join you. Currently, it is impossible to save the pig before new floors are introduced. They also add new slot items in the Premium Slot which can help us on encountering all the pigs in the lab. From the items' skill, it is shown that each bird has its own rivals which are classified as shown in the table below.

There are a total of eleven islands which has been found in the game: Tiny Island (1 area), Tropical Island (5 areas), Zipangu (6 areas), Sweet Island (5 areas), Haunted Island (7 areas), Flower Island (7 areas), Western Island (8 areas), Snow Island (9 areas), Desert Island (10 areas), Circus Island (8 areas) and Moby Dick (9 areas). There will still be new islands added in the future, however. Each area has different missions, different bosses and challenge levels. Complete an area to go to an another and complete all areas in an island to go into another island and play a challenge level to earn stars based on your results. 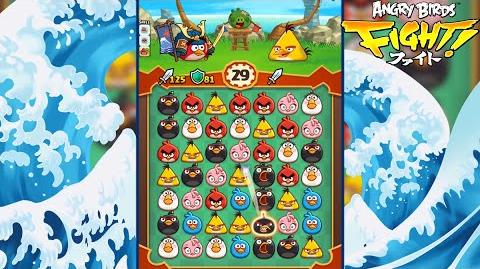 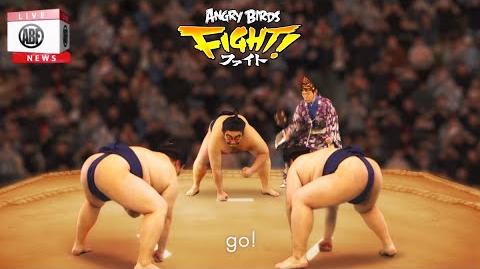 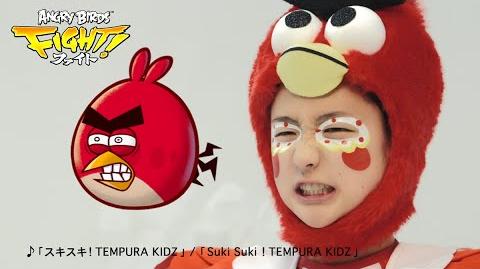 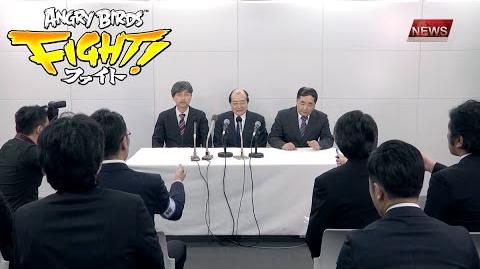 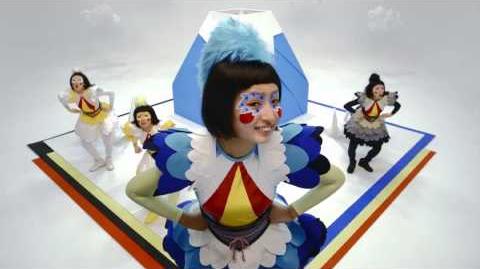 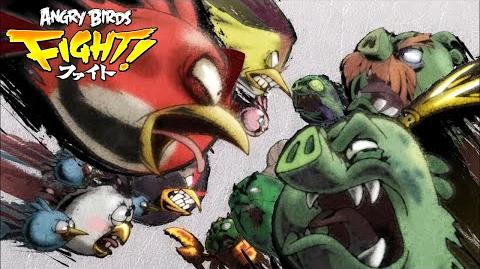 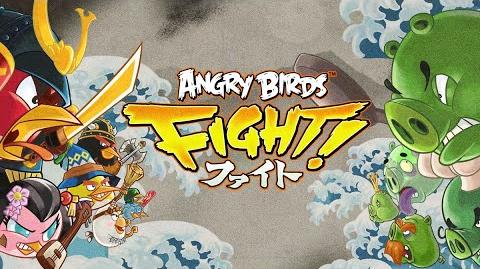 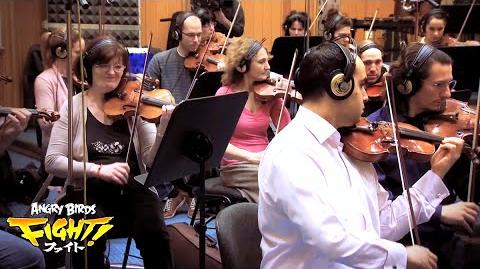 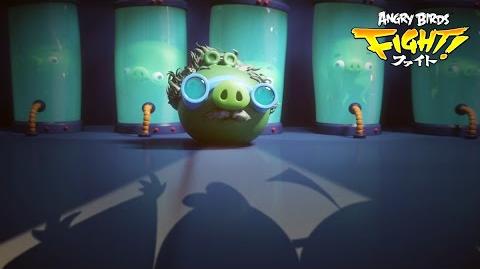