Angry Birds Fuji TV was a web-based version of Angry Birds, exclusive to Fuji TV in Japan, It was released at the following site: http://angrybirds.fujitv.co.jp/ on March 8, 2012. It was closed on March 31, 2013, for unknown reasons and was removed from all websites or downloads but it was originally planned to close earlier on March 7, 2013.

The game's loading screen is identical to the classic Angry Birds game. Once loaded, the main menu appears identical to the Cherry Blossom menu, except the Angry Birds Logo includes the Fuji TV mascot, Rafukun, a blue dog. The episode menu consists of two playable episodes. In the two episodes, the Mighty Eagle can be used for free.

It is similar to the classic Angry Birds game, but with only 2 episodes, that being Poached Eggs and Cherry Blossom (now called "Sakura Ninja"). The game is playable here. 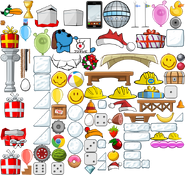 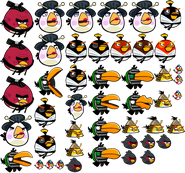 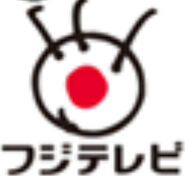