Not to be confused with Angry Birds Islands

The game was first discovered by many mobile gaming websites and their editors throughout the first few days of February 2018 as version 1.0.0 APK files and small and scarce amounts of news about the game were found throughout the internet. The game has since been in soft launch in select regions and territories such as Asia and many others. on July 2018 the game got a major change with a new story and landscape look thanks to the 1.1.0 update to the game until April 2019 the game got updated to 1.1.2

Angry Birds Island is a Tap-to-match game with gameplay similar to the original Angry Birds Blast! released in December 2016. There are varying puzzle levels that the player has to play through in order to continue fixing up existing objects on or adding new objects to a large 3-D HUB-like game world in which the player unlocks more and more of the areas that were previously restricted or closed off. The way the player does this is by playing through levels in order to obtain stars to complete various tasks. To obtain stars, the player must complete the level and achieve a high enough score to earn them whether it be 1, 2, or 3 stars depending on the objective(s), the level, the amount of taps, or moves, the player has left, and the player's score.

After this has been confirmed, the game will complete the task for you whether it be cleaning up, rebuilding, taking down, or removing various damaged, destroyed, decayed, and/or overgrown objects or building or adding new objects. However, despite it being instantaneous during and a little after the tutorials, the object(s) the task is being performed on will start taking a certain amount of time starting at 30 seconds early on and slowly rising as the player progresses. During this time, the player can still play through levels to earn more stars for future tasks, but they cannot move onto a new task until the one that is being completed is finished. The amount of stars required to complete certain tasks can vary. Most of the time, it's 3, but some things only require 1 or 2 stars to complete depending on how big the job is and how long it takes.

There are currently 4 different types of levels. These are also the same level types from the previous game. They include:

Unlike the first Angry Birds Blast, there are three currencies in the game known as: 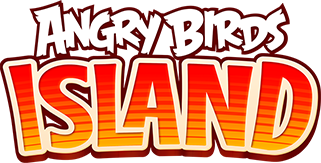 Current Icon
Add a photo to this gallery

Retrieved from "https://angrybirds.fandom.com/wiki/Angry_Birds_Island?oldid=263610"
Community content is available under CC-BY-SA unless otherwise noted.