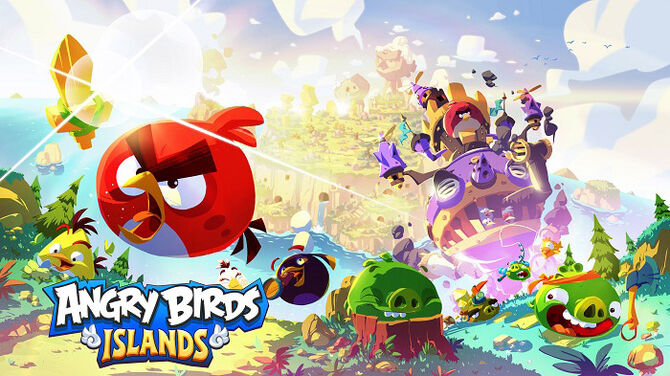 Not to be confused with Angry Birds Island

Angry Birds Islands was a short-lived village building game where birds and pigs work together. The pigs collect and create resources, while birds fight monsters to rescue piglets, or deliver resources in quests. It was developed by NHN Studio629 and published by Rovio Entertainment.

On June 26, 2017, the official Facebook page of Angry Birds Islands mentioned that it will be cancelled the next day. On June 27, 2017, the IAPs were disabled, and the game was removed from the Play Store and App Store. On July 27, 2017, the game servers were shut down. You can still download it from other websites, but it will not work as you have to download additional data, which is not possible since the servers are down. 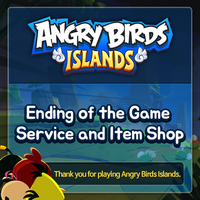 The game is about building a village, battling and gathering resources. The player needs to follow the tutorials and quests in order to progress in the game. The player rides a vehicle, that is controlled by tapping where the player desires, and can be upgraded with currency and materials.

To gather resources, the player can hire pigs to do this, which can be made by tapping the desired resource, such as wood, sheeps, etc. It costs coins to hire pigs, so the player needs to get them by quests. The player also needs to get weapons and equipment to battle other players which can be made by tapping the other characters, there are a variety of them.

As the game was discontinued, not much is known about it.