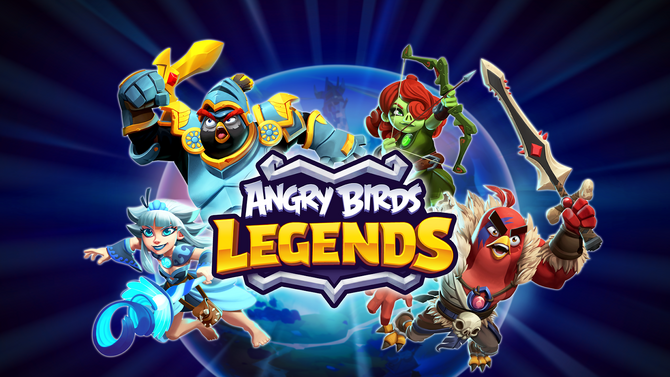 Angry Birds Legends is a canceled Angry Birds RPG. It featured new characters and designs, and featured the birds and pigs teaming up, and working with humans. It was soft-launched along with an identical game titled Chronicles of Legends. This was done to see how "IP impacts player engagement when considering the mobile turn-based RPG audience".[2] In December 2020, Legends was canceled due to an unsuccessful beta.[3]

This game was soft-launched on March 1, 2020, in select countries. It was identical to another game Rovio had soft-launched, Chronicles of Legends. Rovio stated that they did this to see how "IP impacts player engagement when considering the mobile turn-based RPG audience".[2] The games have near identical Loading Screens, characters and features, and even only used a slightly modified description of each other.

After only a few months of development, Angry Birds Legends was canceled, due to the game not being as successful as Rovio wanted it to be. All in-app purchases players may have bought before November 5 were refunded, and the Battle Pass was made free. On December 4, 2020, one of the Angry Birds Legends Discord Server Admins Lina, made the announcement that the game was halting further development. Any in-app purchase a user made after November 5 of 2020 was automatically refunded. The game remained playable until February 2021, when the servers were shut down.[3]

It was similar to Angry Birds Epic except it uses 3D graphics and cards. The player would start playing with a female human called Uriel. After beating the first enemy, it was possible to play as Red. After that, Red and the woman would have to defeat the first boss, Foreman Pig.