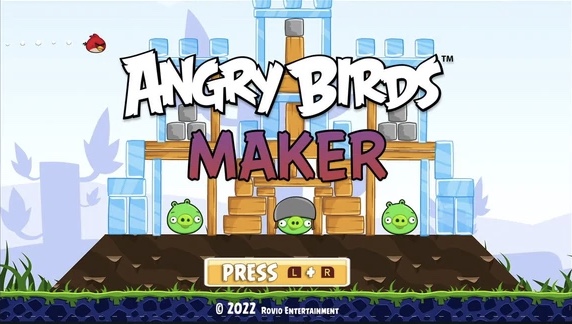 Angry Birds Maker is a game that is a parody of Super Mario Maker 2. The player would make levels by placing birds, pigs and objects down, and you can also change game styles, theme styles, episode style and the total score. After that, players would submit their levels online for others to play.[1]

It would be played only on the Nintendo Switch, price is unknown.

On March 31st, 2022, Rovio community manager @ItsJust_Buck tweeted a post with some of the images shown above. He asked in the post when he was supposed to post about the game (Despite it being an April Fools joke.).