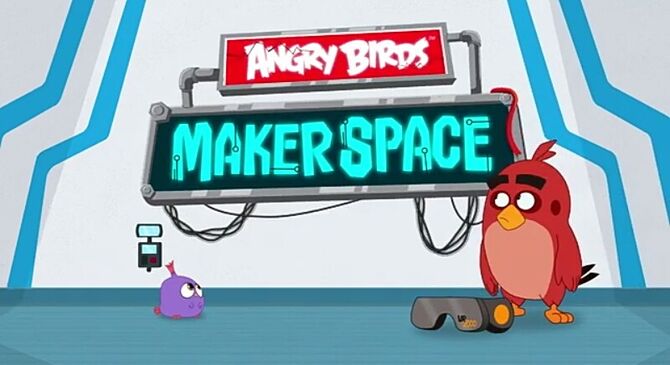 Angry Birds MakerSpace is an animated series that is currently airing in the Angry Birds YouTube channel and is the sixth Angry Birds TV series. The trailer for this show was released on May 25th, 2019. The series officially began on  June 1st, 2019 with the first episode Drone FAIL!. The series started 2 days after the final episode of Piggy Tales: 4th Street, Pigs Can Fly and nearly 1 month after the final episode of Season 1 of Angry Birds on the Run, The Final Showdown. This series is based on 2D Animation, but Season 2 seems to be switching to 3D animation.

Welcome to Angry Birds MakerSpace, a shared workspace complete with a warehouse, sound stages and tech labs where birds and pigs can experience and experiment with all of the latest gadgets and trends in media and technology! But can they do it without attacking each other at all times?

Teaser for the second season posted on May 7th of 2022.