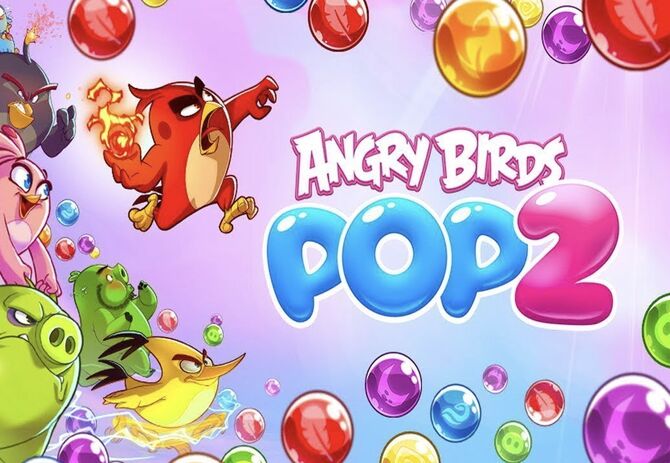 The game was first soft-launched to select countries on March 30, 2019, then released to others on April 12, 2019. It was later released in the United States on May 24, 2019. As one of the very few games where Birds and Pigs are working together, the game is set after the events of The Angry Birds Movie 2, where the Birds and Pigs put their newly formed alliance to use after the end of the Great Egg War and Zeta's Invasion, combatting an unseen, mysterious threat.

POP Blast was only supported for several months before Rovio made the difficult decision to cease support for it in early 2020. 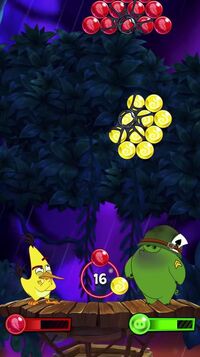 Angry Birds POP Blast was, like the predecessor, a bubble shooter; however, it plays slightly differently. Players take control of both one Bird and one Pig, as they work together to accomplish the level goal. The Bird has a special bubble-destroying ability that is only available once its rage meter completely fills as red feather bubbles are popped. The Pig also has a supportive ability that is ready to use whenever his skill bar is filled completely by popping green snout bubbles.

Completing levels awards tokens that can be traded in for piñatas modeled off of Billy the Sign, which are then destroyed to obtain character cards, power-ups or extra lives. Character cards are used to unlock and level up characters, boosting one of their stats every time they level up. Players earn up to 3 stars for a level based on score, and there is also a special piñata that can be opened after a total of 30 stars are earned.

If the player runs out of ammunition before the objective is completed, the player can pay a sum of Gems to get some extra bubbles to continue. If that is not possible, a life is lost. Lives each take 30 minutes to regenerate, and once all lives are lost, the gameplay is halted for some time until lives are regained or purchased.

The following Birds are playable with their rage abilities. Red is the first bird available on playing the game for the first time.

The following Pigs are available to support the Birds with their skills. The Minion Pig is the first pig available on playing the game for the first time.

Those are the following blockers:

After Rovio decided to end support for Angry Birds POP Blast in early 2020, the game was removed from digital distribution and in-app purchases were disabled in March, and online features were disabled in June. The game is still playable to those who have downloaded it before it was removed from online storefronts, although it will play a little differently because it is no longer supported.