The game was available on the Philadelphia Eagles' Facebook.

In the interview, Red is in a press conference, talking about the birds getting their revenge on the pigs. Chuck states that they have never seen them play. Red's brother growls at him angrily and Chuck hushes him. He tells Terence to save it for the field. Then, Bomb imitates what he'd be like while angry, even the fuse ,saying their tactics were total destruction. Then, the commentator asked about the 5th Bird, The Philadelphia Eagle. At that moment, an american football passes by, and it ends with a blur (eagle) flying across the screen.

All of the levels that were released corresponded with the team's schedule in 2012. 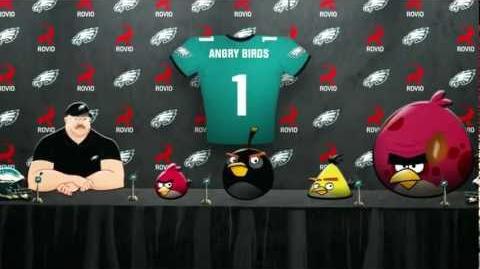 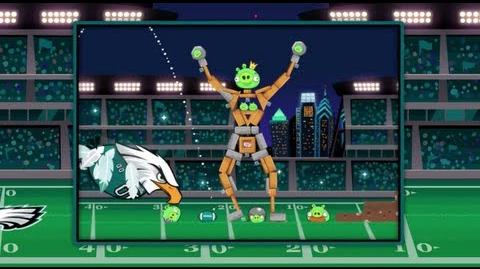 Angry Birds team up with Philadelphia Eagles!
Add a photo to this gallery

A brief animation error on Black Bird's mouth in the promo video. 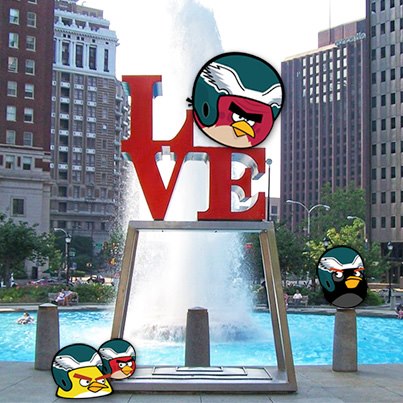 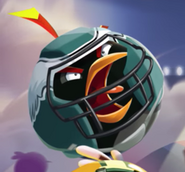 Retrieved from "https://angrybirds.fandom.com/wiki/Angry_Birds_Philadelphia_Eagles?oldid=217047"
Community content is available under CC-BY-SA unless otherwise noted.