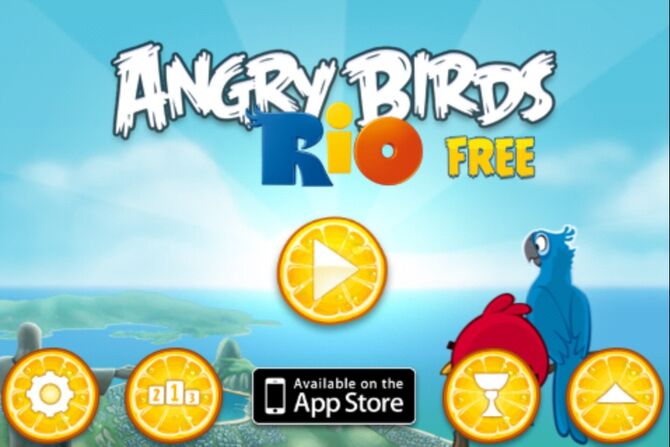 Angry Birds Rio Free was the free version of Angry Birds Rio, released on March 22, 2011. It has 3 levels of each episode and 15 more levels if the player finds the Golden Beachball. The game does not have Airfield Chase, Smugglers' Plane, Market Mayhem, levels 16-30 of Golden Beachball or any of the Rio 2 levels. It was removed in 2013 when its full version became free on iOS.

The app was discontinued in 2013 due to it being outdated and that the full game became free on iOS with ads being added as a result.