Angry Birds Seasons is the second Angry Birds game to be released and it got a lot of unused content as seen below:

The following Bird Wear can be found in the INGAME_FUNNY_HATS_1 sprite sheet:

In the files for the Pig Days level icons, there is an icon of a penguin, a polar bear, a fish and a bat which could be for either World Animal Day, or any other environment day. 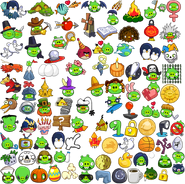 The unused icon is at the very top right.

In the files, there are sprites for brain costumes for the pigs:

They would appear in the Ham Dunk Wizards level 3-7. 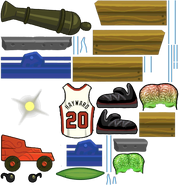 In the files, there is a sprite for a Gandalf wig for the pigs, intended to be used in level 1-17 of the first part of Piggywood Studios, that is based on Gandalf from The Lord of The Rings.

There are some names that weren't used and are either different or placeholder names that the developers made.

In the files, different from other episodes that have their theme as the name, the assets for Invasion of the Egg Snatchers have the name ''Eggsfiles'', an initial name for the episode that uses a pun on ''X-Files'', but they probably didn't use this name because it doesn't make much sense.

Sounds for Bubbles when he waits to be flung on the slingshot were found in the files, but went unused until being eventually used in Angry Birds Friends.

In the Editor Mode for Angry Birds Seasons, there is an unusual small version of the Scarecrow Pig. It can be placed in a level, but it has no Sprites.

As seen in the Android Version of Angry Birds Seasons, there is the Angry Birds in Ultrabook Adventure egg. The graphics for the levels are seen in this version. 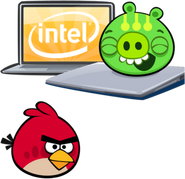 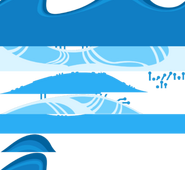 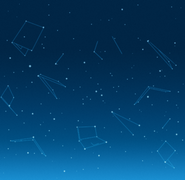 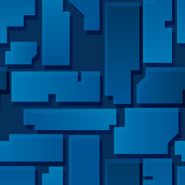 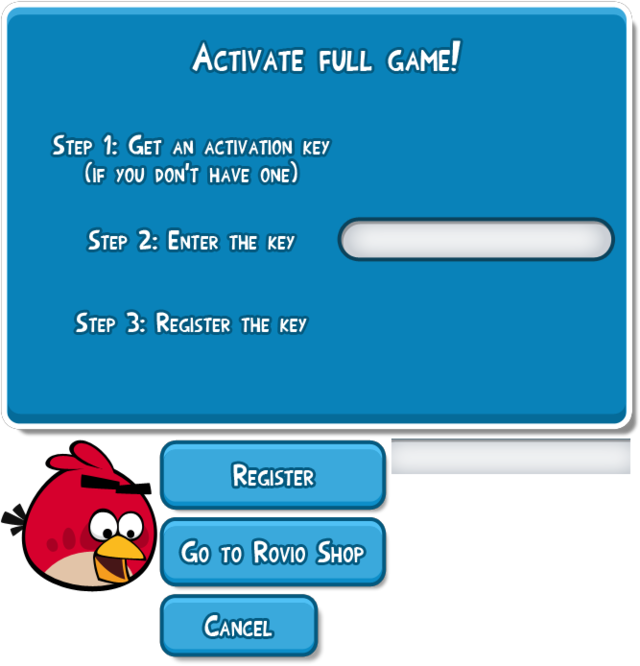 Leftover text from the iOS and Android versions:

Leftover text from the iOS versions:

Remnants of an internal level editor or copied from the previous game?