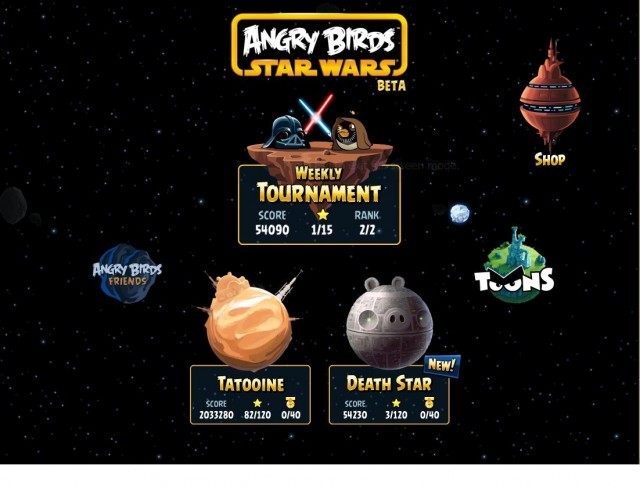 Attach a blaster bolt shooting droid to your bird! It shoots in front of your bird all the time!

Attach a bomb on the bird that explodes when it hits an object.

Energize the slingshot to increase birds speed and mass.

Clones the bird on the slingshot and gives you a bonus bird.

Blasts lasers at things and allows you to get a medal.

The game has garnered a lot of positive response as well as the normal game.[3]

The current menu, except that the tournament is in space.

The announcement of the closing of Angry Birds Star Wars Facebook. 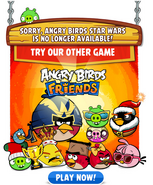 The announcement that Angry Birds Star Wars Facebook is no longer for play.