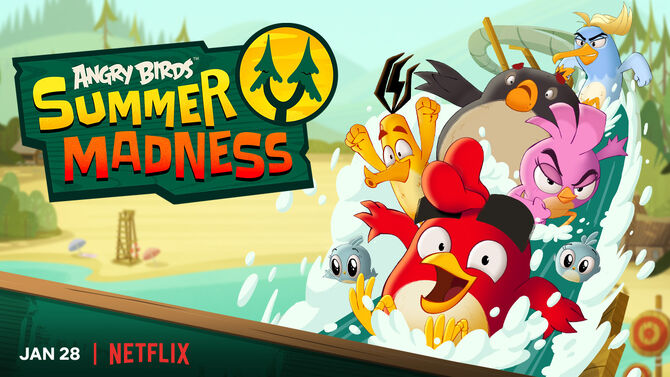 The series features Red, Chuck, Bomb, and Stella at Camp Splinterwood, with their counselor being Mighty Eagle. The pigs also appear in this series, as rival campers. The series focuses on the teenage versions of the characters. Stella and Neiderflyer have been in a feud since kindergarten and each friend group must outdo each other in the camp's activities such as water sliding, basketball, paintball, dodgeball, and more. In their journey, Red, Chuck, Bomb, and Stella run into the Pig side of the camp.