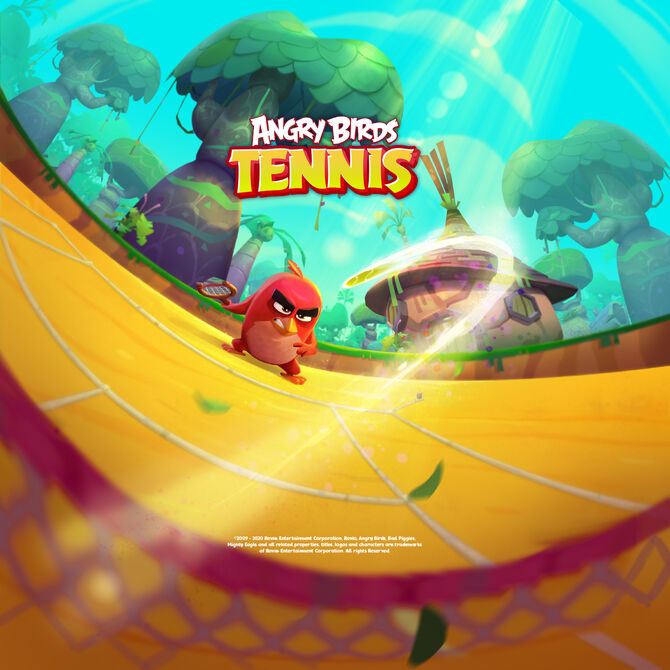 (An Android release was planned, but never released)

Angry Birds Tennis was an Angry Birds themed tennis game. It was soft-launched in February 2020 in the App Stores to people in North America and Mexico. It was later discontinued on September 11, 2020. However, the game is still available to download in Zimbabwe but the game won't load when downloaded.

As said above, the game is played like tennis. The player needs to win a match of the game in the levels with one of the following characters: Red, Chuck, Bomb, Silver, Ross, Foreman Pig, Garry, Courtney or Leonard, and in various locations such as Cobalt Plateaus, Bird Island and Piggy Island (Both islands being based on the designs in The Angry Birds Movie 2). There were various game modes and the player can play against another player.

The tennis game is played in a rectangular area with a net that divides two parts: the player and the other player's side. Each character is equipped with a slingshot racket and the player has to pull back to perform a front launch and swipe to the sides to make a side diagonal launch. If the player hit's the ball too late or sometimes early, the character loses stamina and becomes slower and if the player doesn't hit a ball, the oppoinent gains 1 point.

In the newer build of the game, you have to swipe forward to hit the ball. When serving, tap the screen, then after some time swipe forward to finish the serve. Tap the certain sides of the court to move. (swiping to the sides doesn't work anymore)

After hitting the ball for a certain amount of time, a character will activate its super, which it can shoot a fire ball that can be launched from a slingshot, making it harder for the opponent to get to it on time.

The pigs also return in order to play tennis with the birds. The player can grind for coins and tokens (which are believed to be the same item), which can be acquired in bags and by winning matches. There are also green gems, they are possibly acquired from "Mega Bags", ranking up, and moving up leagues.

The game also had a few different bugs in it. Most notably the bug where you can serve the ball on the character selection screen, which gives the server a point because the person you're facing can't hit it back. [Video at end of article]

As stated above, there were major differences in the beta version compared to the "final" version. For example, in the old version, you had the option to swap out different players after a round, there were different game modes, such as Hot Potato and Tag Team, there was a section in the character's bio stating what type of court they liked the most (most of them liked the rocky court compared to the grassy and clay courts), the winning screen has your 3 selected characters for the match posing in front of a orange and yellow background, had a unique song when searching for an opponent, the character pictures on the select screen were different (Red being the only one with a custom image, the rest with images from The Angry Birds Movie 2), the characters had their own special abilities, like Red with a fire ball, Bomb with an explosive one, Chuck with a lightning speed type, and the pigs with some type of mud ability that slowed down the opponent. The matches only lasted 5 rounds at most. The updated version implemented character model upgrades (with the addition of the same fire ability throughout all characters and a new tennis racket design) and the removal of everything mentioned above and shut down a month after.

One of the notifications you can get

When you start the game survey

When you complete the game survey. 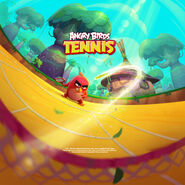 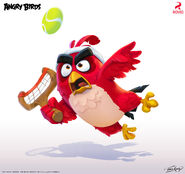 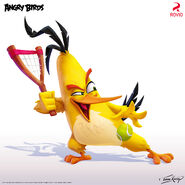 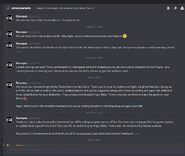 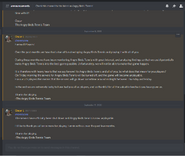