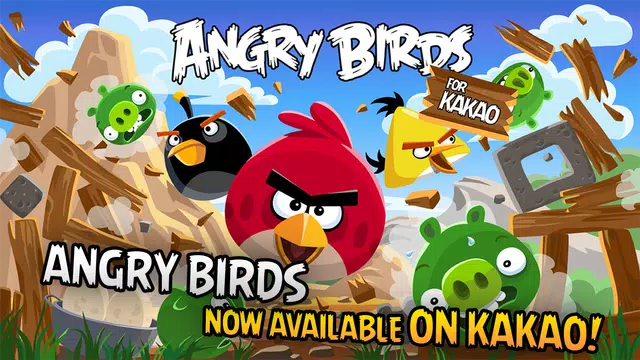 Angry Birds for Kakao was a version of Angry Birds exclusively for the Korean marketplace on February 16, 2015.[citation needed] This version of the game featured an interconnected world map, a lives system, and the ability to send gifts to friends, similarly to Angry Birds 2.