"Greetings, from my world, the world of the pigs. I am a pig"

This article is about the characters. For other uses, see Bad Piggies (Disambiguation).

The Bad Piggies (also known as Pigs or Green Pigs) are the main antagonists of the Angry Birds series and the main protagonists of the 2012 spin-off game with the same name, the rivals of The Flock, who plan on stealing their three unhatched eggs, desiring to cook them and feed them to their king. In order to prevent the Birds from taking back their eggs, the King Pig commands his army of pigs to construct many buildings and structures to keep the birds from reaching him.

All of the pigs are light green in color and come in several variations. First, there is the basic Minion Pig that comes in three sizes, small, medium, and large. There is a militaristic pig that wears a helmet, referred to as Corporal Pig, the second in command pig with a mustache called the Foreman Pig, and finally, the final boss, the King Pig.

Starting from the fourth episode, The Big Setup, the pigs will begin to wear different hats and/or accessories, including hard hats, pumpkin hats, pumpkins, ghost sheets, winter gear, Christmas hats, cowboy hats, sombreros, and bows. Despite these hats being placed on the pigs, the pigs still remain the same species, as they can be hit without the hat being destroyed, or vice versa.

Every pig knocked down in the game awards 5,000 points, but slightly more if the accessory it is wearing is also destroyed in the process if any is present.

They are only playable characters in the King Pig Level or certain Pig Days episodes.

On September 4, 2012, Rovio launched a new game featuring the pigs.

As stated by Rovio, the pigs have very little intelligence, easily mistaking a bubble for an egg [1]. The pigs usually are focused on the topic of food and eating. However, their building skills show improvement as the game progresses. 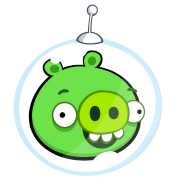 A Pig in Angry Birds Space.

A laughing Pig in Angry Birds Space when the player fails a level.

King Pig, without his crown 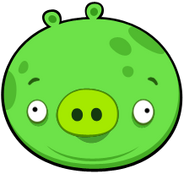 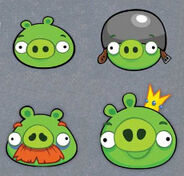 A Pig beaten up.

King Pig looking at the egg. 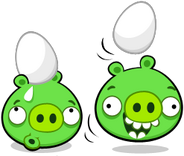 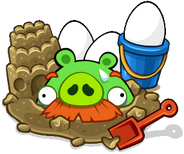 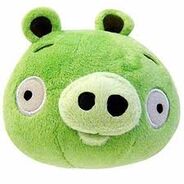 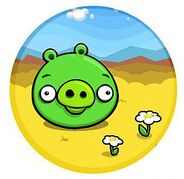 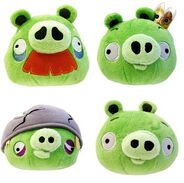 Close up of a pig.

Pigs wearing moustaches. Note that everybody except King Pig is in their Google Chrome version. 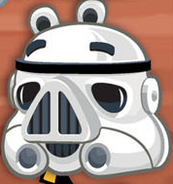 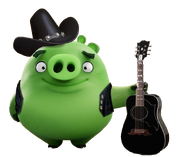 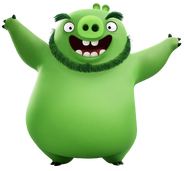 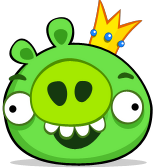 A pig from Angry Birds Blast! 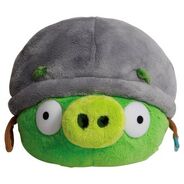 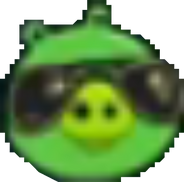 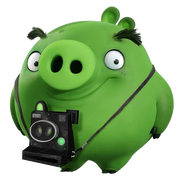 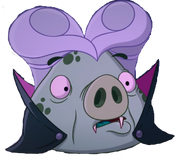 Pig crying as King Pig declares himself to a cabbage.

Pigs crying because a pig's toy pony broke and because their city was destroyed accidentally. 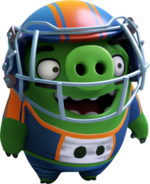 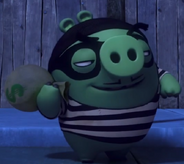 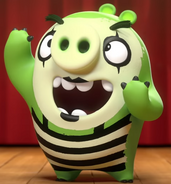 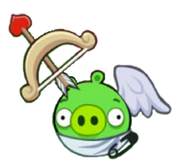 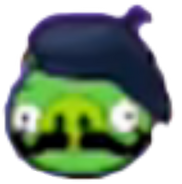 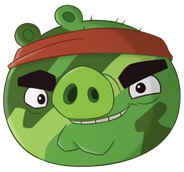