This article is about the game. For other uses, see Bad Piggies.

Bad Piggies is a video game made developed and published by Rovio Entertainment released in 2012 for mobile devices and PC. It is a spin-off of the Angry Birds series. In Bad Piggies, the player follows the imagination of Ross, a pig with freckles, whose hobbies are constructing both land and air-based vehicles, transporting him.

On August 27, 2012, the Bad Piggies made their own Facebook and Twitter accounts and started teasing the readers that they have plans to soon reveal something. On August 30, Rovio posted a video on their YouTube featuring Red on a featureless white background, with pigs falling on top of him and the supertitle "Something PIG is coming" appearing on the screen. After eight days of secrecy, on September 4, Rovio unveiled it: a new game in which the pigs are the stars. On September 17, Yahoo! Games has revealed the gameplay for the game.

The main point is that the player builds vehicles (cars, planes, etc.) out of various materials (wood, metal, etc.) and puts Ross to ride them and tries to collect things such as stars. The following day, the TV show X-Play made a preview of the game showing more of the game. On September 27, the game was released on iOS, Android, and Macintosh, with PC releasing later the same day.

Ross, the Mechanic Pig and King Pig find a construction set along with a telescope. After finding out about the eggs' location with the telescope, King Pig tasks the Mechanic Pig with drawing a map with a paper to reach them. When he finishes doing do however, Ross turns on a fan, which rips the map off and sends its pieces flying away. King Pig then orders the two pigs to get the missing parts of the map.

Eventually, the three pigs manage to complete the map and go to the eggs' location. For King Pig's frustration however, they do not find any eggs there. They soon use the telescope again and find the eggs far away. The Mechanic Pig tries to draw another map with another paper to reach the eggs, though King Pig thinks that using a part of a box to draw the map would be better instead. When Ross is done with drawing the map on a box as King Pig advised however, it turns out that he used a TNT box for the job. The TNT box blows up and sends the pieces of the map flying away. With an infuriated King Pig, Ross and the Mechanic Pig set out to find the pieces. After doing so, they go to the eggs' suppose location, only to find that they are not there either. Ross soon after discovers that the telescope had the eggs painted on it by the Blues. An infuriated King Pig soon starts to chase after the pigs as the Blues laugh at them.

Sometime after, Ross and the Mechanic Pig were on a beach on Piggy Island, hungry because they did not have anything to eat. However, they soon find Chef Pig carrying a giant cake for King Pig, and crash onto it, sending its slices flying away. Furious over the pigs' act, Chef Pig orders the pigs to gather the slices of the cake, as otherwise King Pig will be very angry with him. After doing so, the pigs give King Pig the now complete cake, which pleasures him.

Some time later, at nighttime, King Pig, Ross and the Mechanic Pig find the birds sleeping with the eggs. Very quietly, Ross steals one of the eggs and gives it to the other two pigs. King Pig says that it would be better and faster if they carried the egg with a vehicle. After getting far enough away from the birds, King Pig tries to break the egg with a hammer, only for the latter to be broken instead. Furious because he had been fooled again, King Pig curses and chases after the two other pigs as the Blues, who were behind the prank all this time, laugh from behind.

During Halloween, Ross goes to eat some candy, though he ends up eating so much that he falls asleep. He has a dream where he builds many vehicles to carry some candy. He soon after wakes up, only for him to find some zombies and a mysterious pig in front of him, the latter of whom leave him unconscious. However, he later wakes up in his home, revealing that everything was actually a dream.

Some time later, King Pig finds that he is missing one statue in his palace, so Ross heads to El Porkado to find a golden statue for him. He succeeds, finding a giant golden pig statue which he takes back to the palace. This leaves King Pig dumbfounded while Ross is satisfied about the work.

Bad Piggies is a puzzle game, where the player needs to build a vehicle with a limited set of parts they are granted. The player has a "board" where they will be able to assemble the parts.

The main objective of Bad Piggies is to build a vehicle to take Ross to the goal of the level. If the player fails to get to the goal, they can always restart to return to the starting point of the level, where they will be able to test the vehicle again or create a new one. Finishing the level will grant the player a certain amount of stars, which will depend on their process and vehicle. To get stars, the player may have to do some tasks such as getting star boxes, not using a specific parts, etc.

Physics apply to the vehicle (weight, force, and aerodynamics) which the player may compensate or use to benefit the chances of getting to the goal, whilst operating the various parts to get to it. For example, lighter parts like wood will be light in weight, though the material itself will be very vulnerable to crashes. Likewise, heavier parts will be heavier in weight, though they will also be less prone to damage.

The shop is where the player can buy power-ups, Loot Boxes and Snout Coins.

Dessert Mode is an extra mode where the player needs to feed King Pig with cakes they find throughout the game. After eating some food, King Pig will burp and, sometimes, grant the player a random item.

Cake Race is an extra mode where the player competes against another player in a random map. There, both opponents have to build a vehicle to collect five cakes to get enough points and win. The amount of points the player is granted after collecting a cake depends on their level and whether or not they collected it first. The player who gets the most amount of points is the winner, regardless of whether they collected all five cakes or not.

In promotion of the game, there was a web comic released by Rovio in the Bad Piggies website. In it, Ross tries to build a boogie, only for it to be destroyed. However, Foreman Pig comes in and helps him build an even better vehicle. 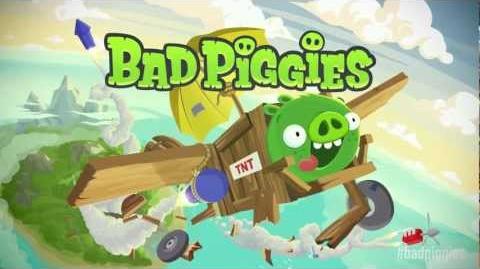 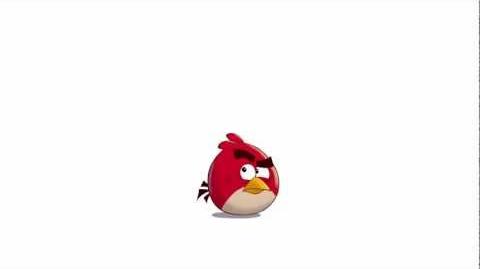