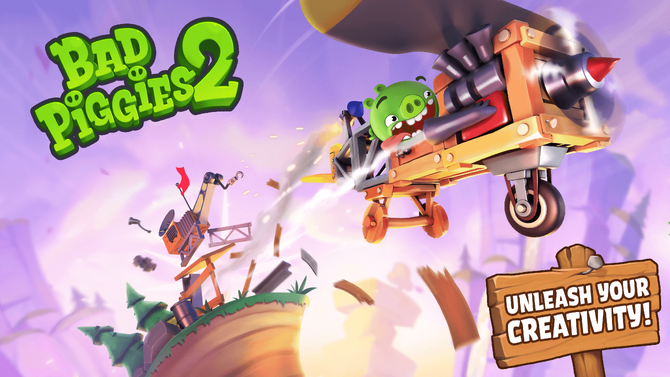 This article is about the upcoming sequel to Bad Piggies. For other uses, see Bad Piggies.

While Bad Piggies 2 started development in 2021, an idea for a direct sequel to Bad Piggies had been proposed long beforehand. At an unknown date around 2018–2019, Angry Birds Friends background artist Maria Mustonen published concept artwork for a supposed sequel for Bad Piggies on ArtStation, under the title of "Unreleased project".[1] The page contains a splash screen and app icon; below is a blueprint with usage unknown and artwork that seems to imply a card upgrading system similar to Angry Birds 2. The game was also apparently set in space and would feature oil and repair tools as new objects. In late 2020, this page started to get more well known in the community; in November, a fan asked Rovio if this project was in production, to which Rovio employee Jakub said that no plans had been made for Bad Piggies 2.[2]

Many months later, on June 5, 2021,[3] ads on video-sharing platform TikTok started appearing for what seemed to be a new Bad Piggies 2 project. Three variations of the ads exist: one using designs from many older games, a version with the art style used in Angry Birds Toons, and a version with a style similar to that of The Angry Birds Movie, though with slight alterations. Clicking on these ads would lead to a GeekLab page modeled by default after the Google Play Store (though it can be changed to different styles by changing "gp" in the URL, the other known templates being "ios," "steam" and "ag"). Similar to Angry Birds Double Crossed and Angry Birds Launch It!'s GeekLab pages, pressing "Install" (or "Get" or "Play Game", should the style be changed) led to a survey. The questions asked why the viewer clicked on the ad, their initial impressions of the game, which of the three art styles they thought looked best, and more. The survey ended up generating overwhelming support, and likely for that reason, it was closed down by July 2, 2021.[4]

Bad Piggies 2 would next be seen in Rovio's 2021Q2 investor presentation on the eleventh page as part of the official Angry Birds lineup, sporting a brand new placeholder app icon, confirming that the game was officially in production.

A few months later, on November 9, 2021, a brand new Bad Piggies 2 ad started appearing once more, this time on Facebook, focusing more on the aspect of upgrading vehicle parts.[5] The new ad would again be in three different styles, but The Angry Birds Movie-inspired art style was updated with a more cartoony design, while the Angry Birds Toons style was redesigned entirely, with everything besides the pigs now matching the Movie-based version of the ad. Once again, these ads lead to a GeekLab page, styled after the Play Store by default, like before, where pressing "Install" redirected to a survey.

A hungry King Pig sends the pigs, including Ross, across the world to fetch him cuisines of different cultures.[6]

Bad Piggies 2 will be a puzzle game in the same vein as its predecessor. Using a set of limited parts, the player needs to build a vehicle for Ross inside of a grid. After the vehicle is made, the player must use it to play through the level. A new gimmick in Bad Piggies 2 is that there are now structures made predominantly of wood and iron in the levels, which can seemingly be destroyed with the new bulldozer blade part. Another change is that vehicle parts can now be upgraded, which will help to enhance vehicles. Additionally, the player will be able to customise the pigs with "a variety of outfits, and accessories", and the game seems to contain some form of loot crates. Bad Piggies 2 will also include a weekly league game mode, where the player goes against opponents to get better loot crate rewards.

Unleash your creativity as you construct the wackiest vehicles of all time with yours truly - the Bad Piggies! OiNk! OiNk!

Construct the ultimate flying/crawling/rolling/spinning/crashing vehicle and help the pigs steer the vehicle to pig-crush various levels causing destruction and mayhem wherever they go.

The King Pig is hungry, and he sends out the pigs to discover the different cuisines of the world! Visit different biomes and search for the recipe of that culture’s signature dish! The King Pig’s hunger is never-ending, so the pigs must keep finding new dishes to present to the King!

With hundreds of levels, and free updates coming up, you have hours and hours of pig-crashing, exploding, and flying fun! Collect and upgrade vehicle parts to construct the ultimate vehicle for each biome. HINT: Sometimes you need to play the level several times to get all the necessary vehicle parts -- try building a new device or steering in a different way to collect them all!

- Different biomes to collect recipes for different cuisines of the world!

- Hundreds of levels to beat and hours of unlimited pig-crashing, exploding and flying fun!

- Weekly leagues to compete in - crush your opponents and get the best loot crate rewards!

- Customise your pigs with a variety of outfits, and accessories!

Get ready to see pigs fly!

Unleash your creativity as you construct the wackiest vehicles of all time with yours truly - the Bad Piggies! OiNk! OiNk!

Build the ultimate driving, flying, submarining, helicoptering machine and help your pig earn its driver’s license. In Pig City, that means catering to the wildest whim of the wonderfully corrupt King Pig. You need to put life and limb on the line to fetch whatever tasty treats King Pig desires.

Do you have what it takes to keep it all together and make it to the finish line? Will you ever earn your driver’s license? Is something burning? These are the thoughts that go through a piggy’s mind when they’re careening down a hill in a vehicle made entirely of TNT boxes and soda bottles. Buckle up and get ready for some explosive fun!

With hundreds of levels, and free updates coming up, you have hours and hours of pig-crashing, exploding, and flying fun! Collect and upgrade vehicle parts to construct the ultimate vehicle for each biome. HINT: Sometimes you need to play the level several times to get all the necessary vehicle parts -- try building a new device or steering in a different way to collect them all!

Hundreds of levels to beat and hours of unlimited pig-crashing, exploding and flying fun!

Customize your pigs with a variety of outfits, and accessories!

Get ready to see pigs fly! 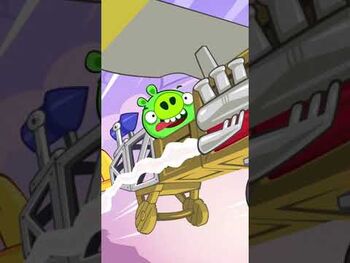 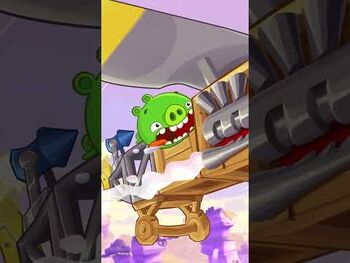 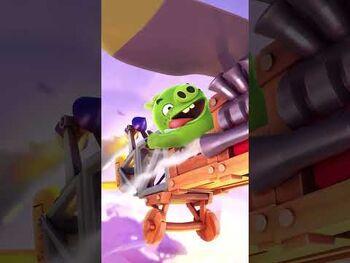 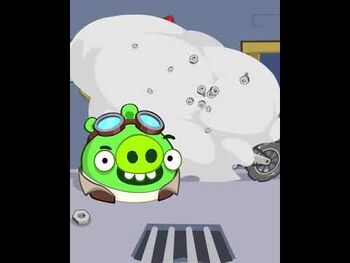 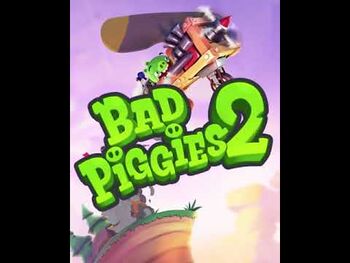 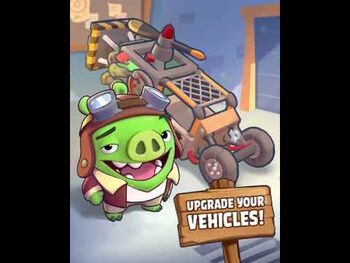