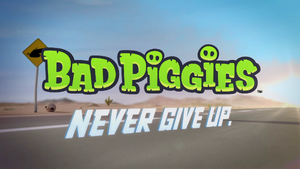 To celebrate their first birthday, the Bad Piggies give you a closer look at their most oinktastic vehicles.

The video starts with "Experience. Redefined." written on a black screen, then it flashes and "Engineering. Redefined." is written, it flashes again and "Raw Power. Semi Precision" is written. Then the video starts to focus on the propeller of Ross' vehicle, then it shows him, then a sardine can on his car, on the TNT and then on the top of it, which the fan activates and he speeds out of the garage. Then it shows the car's Turbo Charge, Boxing Glove and Magnet working. The car goes far and "Experience It Yourself" appears on the screen. 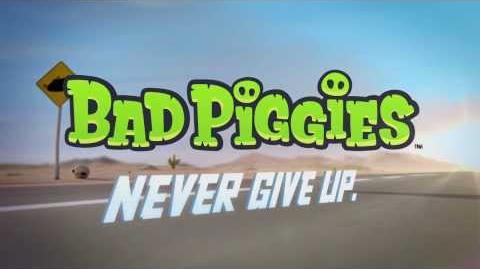 Add a photo to this gallery
Retrieved from "https://angrybirds.fandom.com/wiki/Bad_Piggies_First_Birthday?oldid=285396"
Community content is available under CC-BY-SA unless otherwise noted.