Billy is a mechanical bird/dummy who appears in The Angry Birds Movie.

He makes annoying sounds and movements with the power of wind. He weirdly can move by his own, as when Red thought that he was defeated, he moved his head with no help and waved his eyebrows, Red was shocked by this.

Red despises Billy because of his annoying sounds and movement, as he cringes in anger and makes his fingers into a fist, meaning that he's going to destroy Billy. He tries to keep his temper by taking a deep breath, and it works. Red ignores him and pushes him back until Billy hits him on the head due to the spring like movement. Red keeps his temper and walks out from the view before he lets it out, tackles him, spins him around, throws him across Matilda's Anger Management house, puts him back into his proper place, and blames it on Billy that he started it.

Later, during the second session of Anger Management, Chuck enters the school sadly, mourning the "loss" of his creation. Bomb, Matilda, and Terence then shed tears on the destruction of Billy, pondering about who did it when Red starts to anxiously fidget over his wrong-doing, alerting the others that Red was indeed guilty, so they angrily exclude him from their "ceremony" of grief honoring the beloved Billy. When the Porkchop Express Arrived, the birds in the acceptance center stepped on Billy, breaking it even more and making Red confused.

Though not major, Billy was seized along with the eggs as the Pigs pulled their heist in the night of Bird Island, with him being absent for the remainder of the film until Movie Magic is used on Angry Birds Action!, revealing that Chuck ran across the ocean (because of his speed) and through the destruction of the Pig City to retrieve Billy from the flames and brings him back to Bird Island only to annoy Red with his "laugh".

When Chuck and Bomb encountered Red again, Chuck was still upset at Red but Red apologized and they forgived each other 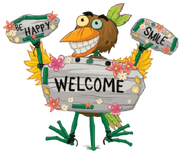 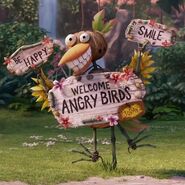 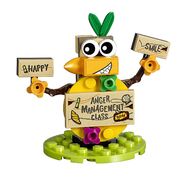 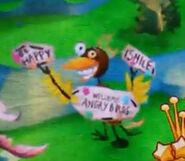 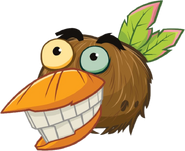 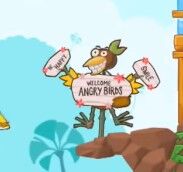 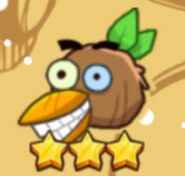 In the Anger Management Level of Pig Days in Angry Birds Seasons. 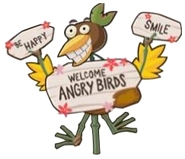