|} Brass Hogs is the 9th episode of Angry Birds Space. It was first announced on January 13, 2015 and then released on January 21, 2015 for all devices. This episode introduces a new villain, Hekto Porko and a new bird, The Wingman with a brand new suck-up ability. This episode also introduce a new gameplay element, the steam blower, with the same ability as the lava in the Red Planet episode. 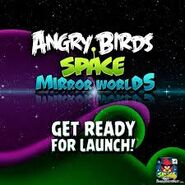 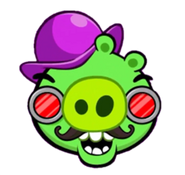 Ending Cutscene (Level 9-30)
Add a photo to this gallery
Retrieved from "https://angrybirds.fandom.com/wiki/Brass_Hogs?oldid=219416"
Community content is available under CC-BY-SA unless otherwise noted.