Chewbacca, also known as Terebacca[1] or "Terry" by his friends,[1] (born 200 BBY on Kashyyyk) is a character that appears in the Angry Birds Star Wars series. He is a bird and Han Solo's best friend.

Chewbacca is a very large, round bird whose body is almost entirely covered in brown fur.

In Angry Birds Star Wars, Chewbacca appears as one of the main playable characters. He is first playable in level 2-11 of Death Star. In gameplay, he has an incredible strength, being able to destroy metal blocks with no problem. He will also cause an small earthquake when he collides with a surface. In addition, in Hoth, he will receive an ability upgrade. Not only will he be much stronger and more powerful than before, but he will also be able to send waves that will push objects at his left and right.

Chewbacca is an incredibly powerful and resistant person, being strong enough to take a planet out of its orbit.[1] 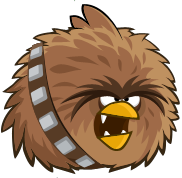 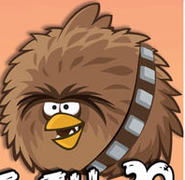 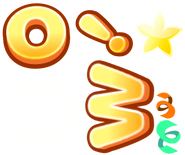 The destruction Chewbacca did. 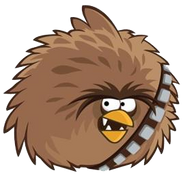 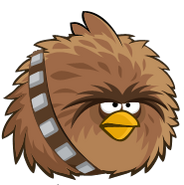 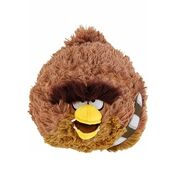