In the Angry Birds universe, the term "Corpse" is used to describe the state a Bird goes through after they crash into an object on the board. In this phase, the Bird's feathers appear and will appear badly wounded and injured, with dazed/black eyes and crooked beaks. This is also the time when the Bird's strength significantly decreases until it can no longer destroy blocks without the aid of motion. Once a corpse remains still for several seconds, it will disintegrate into the air.

However, a bird remains offscreen left or right while still flying, it will automatically disintegrate due to its inability to do anything.

Corpses can also prove to be trouble to the player, as if a bird launches into a corpse, it will  have little to no effect on the structure, and if Matilda fires her egg onto a corpse, it will bounce off in another direction before it explodes. Thus it is advised to wait until a corpse disintegrates before launching another bird.

A table below shows the distinct features of the corpses of each bird.

Seasons Game Corpses And Old Corpses of the game 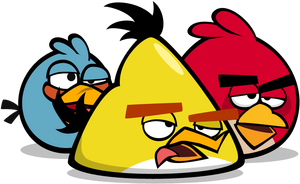 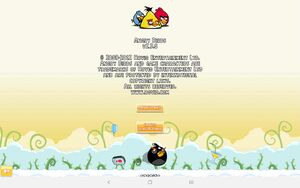 Old version of corpse
Add a photo to this gallery
==

A glitch can be performed when a bird's corpse sprite is replaced by another one when the bird is supposed to be a corpse. To perform it, have a bird fly in the air while using its ability. Fire a second bird at the first bird while the first one is still in the air, using its ability. If done correctly, the first bird's corpse sprite will be replaced by its ability sprite. The glitch can be seen by RovioMobile's Poached Eggs 3-12 on Youtube. Rarely, Hal doesn't have crooked beaks if it hits an indestructible structure, but remains opened.

Also, it can sometimes happen that, after Matilda has launched her egg, it will 'pop' back to its corpse used when she didn't use the egg. This only happens in Angry Birds, Angry Birds Rio and Angry Birds Angry Birds Friends!.

The corpse behavior in Angry Birds 2 is similar to the previous sequel. However, Terence and Silver have their new corpse sprite. Bomb does not have his corpse sprite like the said previous title. If the corpse strong enough fell onto the pig the pig will be popped.

Terence Corpse
Add a photo to this gallery

Retrieved from "https://angrybirds.fandom.com/wiki/Corpse?oldid=234017"
Community content is available under CC-BY-SA unless otherwise noted.