Escape to Tatooine, Battle of Naboo

Darth Maul (born 54 BBY on Dathomir; died 2 BBY on Tatooine) is a playable Pork Side character who has a double-bladed lightsaber spinning ability. Maul appeared in the episodes Escape to Tatooine and Battle of Naboo. In several Angry Birds Star Wars books, he is named Darth Moar. Maul was a Sith who belonged to the fierce Nightboar tribe. In the movies, the Nightboar tribe is the Nightsisters. This mad sith was Darth Sidious' apprentice.

Darth Maul has a double-bladed lightsaber with a spinning ability.

Darth Maul is all red, having black tattoos across his body with horns around his head. 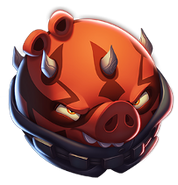 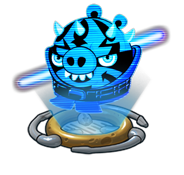 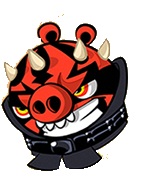 Sprite of Darth Maul used in an in-game cinematic

Sprite of Maul used while swinging his Lightsaber.

Darth Maul in the movie