Chain Lightning (Normal), The same power as the normal but he can pass through objects/enemies. (Hologram)

Darth Sidious appeared as the last boss. After hitting him with some birds, he'd be very injured and stunned. After that the player could play as Darth Vader, who's the only bird who could defeat Darth Sidious.

Darth Sidious only appeared in tournament levels as a hologram in the game. His power is to hit objects and enemies with chain lightning.

In the second game, he becomes a playable character and is also seen more frequently. The electricity he shoots can conduct through Iron, usually destroying surrounding blocks hit with electricity.

Sidious wore a false beak while he was disguising as a bird and became the senator of Naboo then elected to become the chancellor of the Senate. The Jedi Birds and their fellow were totally unaware with Sidious' true identity as a ruthless, powerful Sith Lord. 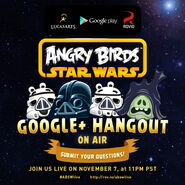 The Emperor is at the far right.

Piglatine can be seen again. 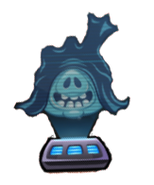 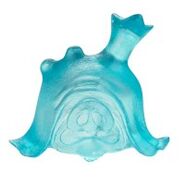