Toulouse Goose (Anser anser)
Dutch (Formerly Arnie and Schwarzenflocker) is an Angry Birds Evolution bird that can be obtained at any time in the hatchery, but mainly during events such as Thanksgiving and Slap Shot Mania. He also appears in other games.

Everything about Dutch is perfectly sculpted... except his memory.

This birdcake has absolutely no mental recall.

Often wonders: ''Where was i going again?''

He is based off young Arnold Schwarzenegger, he is a gray strong bird with packs on his torso, large wings, a large yellow beak with teeth with gaps, talons of the same color, black long hair, a large black tail, black eyebrows, black eyebags and his irises are brown.

In Angry Birds Friends!, he is fat and doesn't wear his underwear.

Based on a Bodybuilder, he now has more hair and has a happy expression. He now wears a black tank top that extends to his legs, a blue belt on his forehead and a golden medal with a Mighty Eagle symbol being held by a a red, white and blue necklace.

He also wears a necklace with shark teeth and a silver metal and brown shorts with fur.

Based on John Matrix from Commando, his hair is now short, his mouth is now closed, his eyebags are black, and his expression is worried. He has black face paint stripes on his face, wears a military shirt, a black jacket with an explosive nut, a silver chain with a pendant, and a black short with ammo.

Cause an explosion, dealing 398 damage to all enemies within reach. Each impact counts for 5 combo hits.

Cause an explosion, dealing 1269 damage to all enemies within reach. Each impact counts for 5 combo hits.

Cause a huge explosion, dealing 1456 damage to all enemies within reach. Each impact counts for 5 combo hits.

Cause an explosion, dealing 1586 damage to all enemies within reach. Each impact counts for 10 combo hits.

All black birds on the team get +30% attack power.

When he is on his first level, it is less than 350, but he can be evolved to surpass this number.

When he is on his first level, it is less than 160, but he can be evolved to surpass this number.

When he is on his first level, he gives less than 840 Bird Power to the team, but he can be evolved and trained to give more.

Appearances in Other Games

Dutch appears in the Angry Birds Evolution Spell event where the player could launch explosive nuts off the slingshot and a bunch of them would fall from the sky. It uses his Improved Combo Explosion design.

He appeared in the second week (Monday July 9th, 2017) of the Join The Evolution Tournament, where he would hatch from a Golden Egg after a bird hit it. He would then appear next to the slingshot, but wasn't playable. He would hatch in level 1 and level 4.

In his trailer, he appears in his Improved Combo Explosion Evolution. The screen focuses on his face and he then screams. The screen then reveals that he is holding a pig next to a chipper. He throws the pig into it and the chipper chips him, launching coins. Dutch then screams happily and a Meet Dutch stamp appears on the screen. 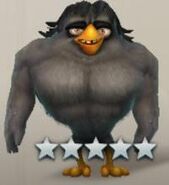 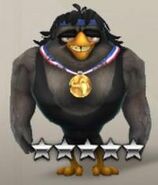 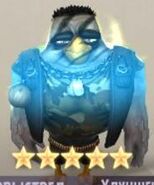 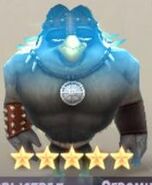 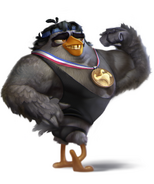 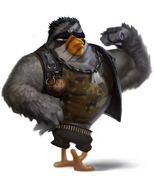 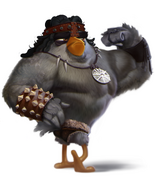