This Female Pig is the size of a large pig, and wears a pink bow and eye make-up. She is seen in the credits of the game and in promotional images, as well as appearing in the game. A plush toy of this character was released.

A female pig appears in King Pig Mode as a replacement for Stella. She looks exactly like the female pig from the Hogs and Kisses credits, but with pink circles under her eyes. 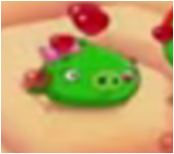 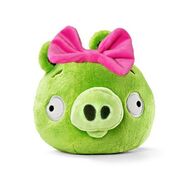 Retrieved from "https://angrybirds.fandom.com/wiki/Female_Pig?oldid=227081"
Community content is available under CC-BY-SA unless otherwise noted.