18
Go Green, Get Lucky is the first St. Patrick's Day themed episode in Angry Birds Seasons. It is St. Patrick's Day-themed, and thus, it contains many Gaelic/Irish items and scenery. In keeping with the previous holiday-themed episodes, it has items that can be smashed for 3000 additional points; in this case a pot of gold, alongside introducing items that instead award only 1000 points.

Go Green, Get Lucky has the same number of levels as "Hogs and Kisses", and even retains the format of unlocking levels via Facebook.

In the Chinese version of Seasons, the episode is located in the Mystery Area section, and is classified as the first episode.

LUCKY SWINES
It seemed the perfect place to protect the eggs. A mystical realm where no pig dared to tread. But gues[sic] what? Even King Pig's fear of four-leaf clovers couldn't keep him from chasing the nest. 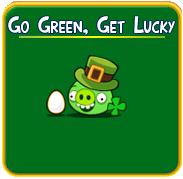 The old icon for Go Green, Get Lucky.

Go Green, Get Lucky Golden Egg Level (Notice that Red has a hat on the level). 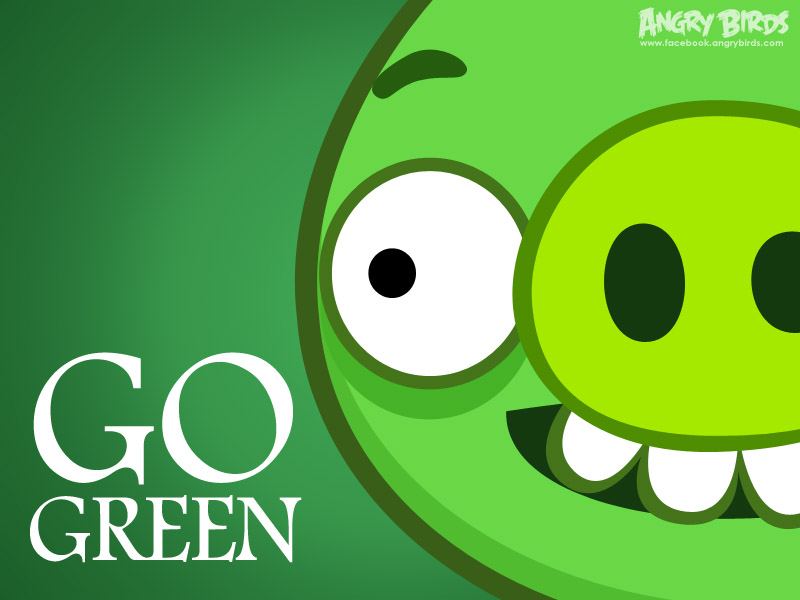 Poster for Go Green, Get Lucky. 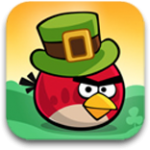 The 4-Leaf Clover you receive after you complete the episode.