For the similar episode featured in Space, see Eggsteroids.

For the similar episode featured in Star Wars, see Bonus.

For the object in Stella Toons, See Golden Egg (Stella).

In the Angry Birds series, Golden Eggs are special items hidden in the game, which unlock additional levels upon collecting them. In most cases, this is achieved by simply destroying or hitting an object or the egg itself in a few levels, while in other cases, it may require the player to touch an object or the egg in the game's menus. For clearing each episode with a three-star rating in every level within, the player will obtain a single Golden Egg, though rather than unlocking a level. It allows the player to access a mini-game. However, don't try to collect a Golden Egg with Mighty Eagle, as he will destroy it without collecting it.

This is a list of all of the Golden Eggs that appear in the original game.

There are currently 35 Golden Eggs (with an additional Golden Egg in iOS).

Extra (The Golden King Pig): This is a special golden egg currently available to iOS users and Android users Via Google Play. The Golden King Pig will be seen on the second page of the Golden Eggs episode. When you tap on the Golden King Pig, you will be randomly sent to one of these 4 EXTRA Minigames and a random level.
Note: Your scores will NOT be logged in these events.

Extra Minigame 1. King Pig: All the birds turn into pigs and all the pigs in the fortress turn into eggs. In each level, each pig has a special ability. To clear the levels, the rules are similar to using the birds: use the pigs to smash all the eggs in the level.

Extra Minigame 2. Material Mix-Up!: Two of the materials of the Pigs' fortress will be swapped. The number of birds in the level and the rules to win remain the same, but with two of the materials switched, it changes the approach of a level.

Extra Minigame 3. Bird Frenzy!: Beat the level with UNLIMITED BIRDS!! When it sounds easy though, it's actually a little challenging. You only have a limited amount of time to clear the level and the bird choice is random and you're not told which bird might come next. For example, being given a bunch of Red Birds to combat in an all-stone level is extremely difficult.

Extra Minigame 4. Total Destruction!: Tap the level to explode it! You have 10 seconds. Everywhere you tap creates a small explosion. This event is not nearly as challenging in most cases.

They are in Friends. There are 2 in Green Day. These levels were removed along with the entire episode of Green Day on December 20th, 2012.

2. In 1-10, destroy the patch of grass beneath the slingshot.

As a promotion for Facebook, a site was launched for mobile devices allowing players to create an avatar to be used in the future. The avatar builder site references adding your bird to the flock to protect the golden egg. A graphic shows an unusually large golden egg with a crown surrounded by hundreds of birds cheering as Red, Chuck, The Blues, Bomb, and Matilda raise it.

This was a sneak peek for the Bird-O-Matic in Angry Birds Friends!.

Many of golden eggs 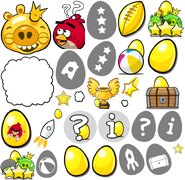 New many of golden eggs 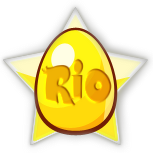 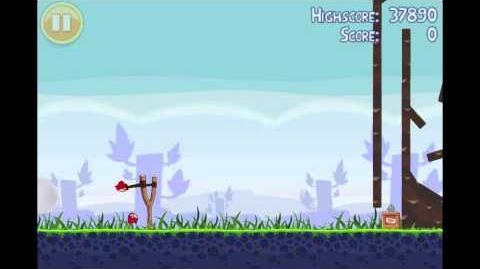 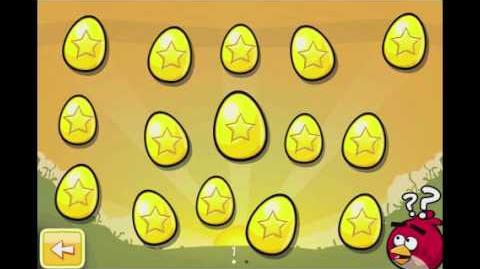 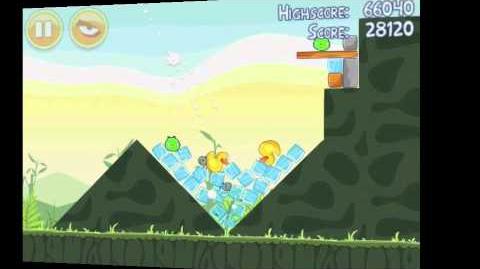 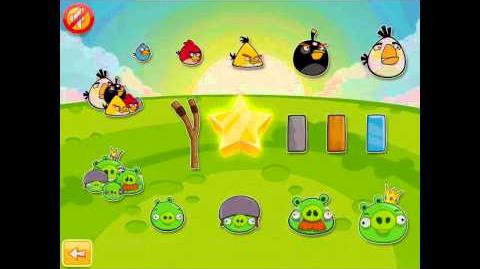 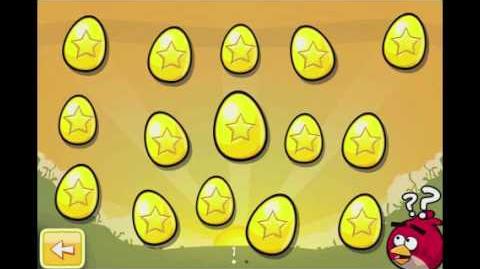 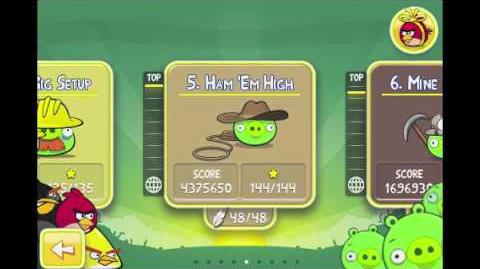 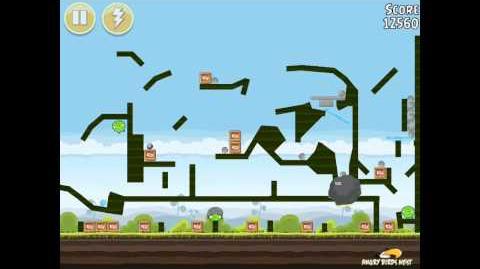 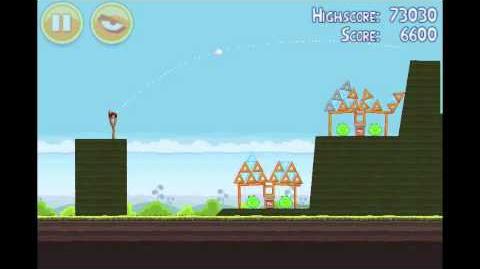 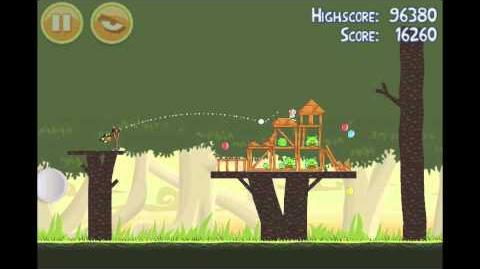 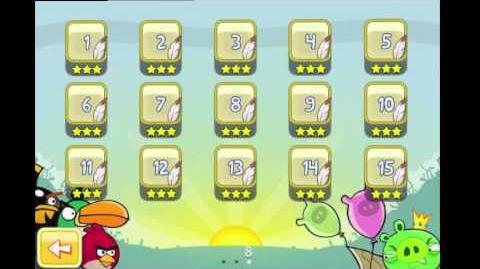 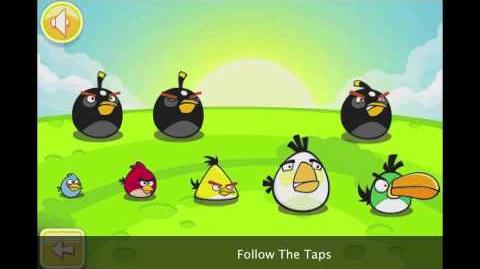 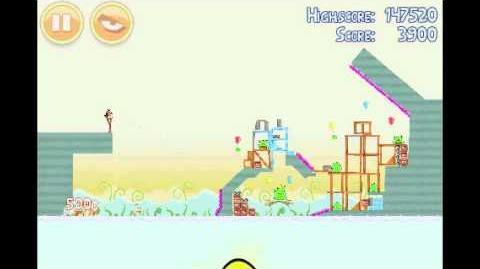 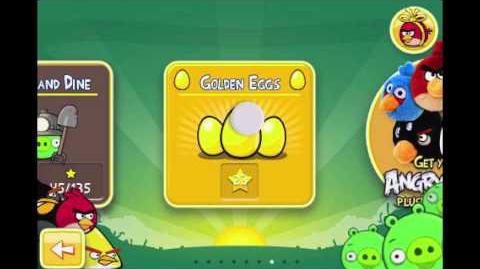 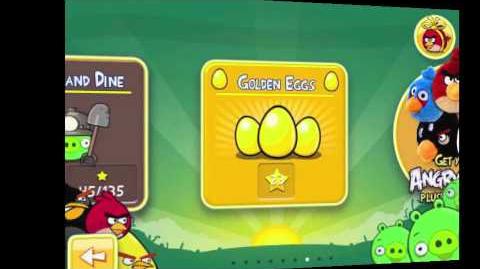 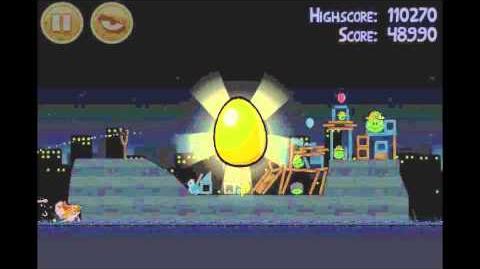 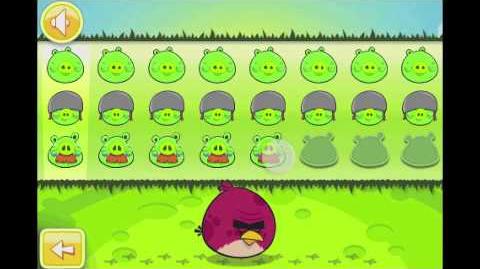 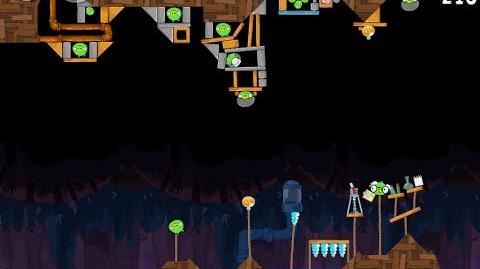 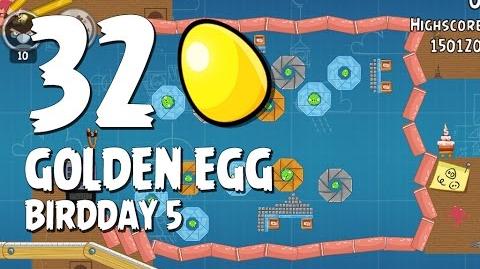 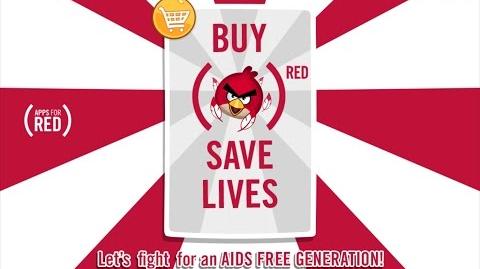