Male
Handsome Pig (or 'Ham'some Pig) is a blond/blonde pig that has appeared in two Angry Birds games, Angry Birds Stella and Valentine's day/Pink Friday Tournament in-game as an enemy in Angry Birds Friends. He's the right-hand man to Gale in the Stella Games and cartoon series.

Handsome Pig wears a blond wig that can be shown when he jumps upwards. He has thick eyebrows, though apart from that he looks just like a regular Minion pig.

Unlike other Stella Pigs, Handsome Pig does not have any abilities. His description only reads:

Oinks, but with style.

Handsome Pig's first and currently only appearance is in Angry Birds Stella.

Handsome Pig plays the role of Gale's right-hand man (or pig), as he is always next to her and is there when she needs him to be. He is the most valued pig and appears in every boss battle as the main villain.

While this may be the result of Gale's golden crown, Handsome Pig has romantic feelings for Gale and is always stepping up to do things for her. He is willing to do anything for her, such as saving her from dangerous plants in Piggy Love. As proven in Friends Whenever his willingness to do things for Gale is not because of her crown. While the other piggies ignore her because of her missing crown, Handsome Pig first single-handedly transports her to the Big Treehouse, then searches for and returns her crown. He did likely because of his romantic feelings for Gale. 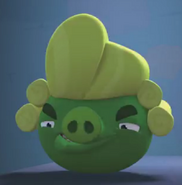 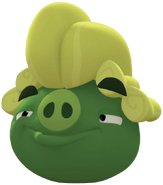 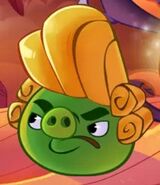 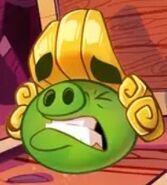 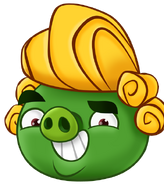 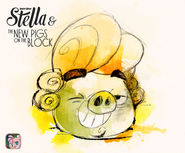 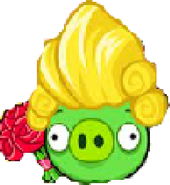