A group of Hatchlings.

Angry Birds 2:
Boosts up all the birds power
Angry Birds 2 (limited time powerup):
Does the same thing as a Golden Duck, except with a Hatchling skin.
Angry Birds Friends! Giving 5000 points and dancing.

The Hatchlings made another appearance in an Easter video in which they discuss the Easter Bunny.

They made their third teaser appearance in a Mother's Day video, talking about their mothers.

They made their fourth appearance in a thank you video which recycles the Mother's Day video and made new words for the children to say.

In The Angry Birds Movie, 2, they reappear and Zoe is voiced by Brooklynn Prince and Sam-Sam is voiced by Haley Tju.

In Angry Birds 2, an egg might be next to the Slingshot, if you click on it you can name the hatchling and it will hatch in 1 day! You can pay gems to hatch it right away. Once it hatches, your Bird Power will increase. In the game, there might be some apples, used to feed the Hatchling. If you feed it 5 apples, you get 500 Rainbow Feathers. If you feed it enough times, you can level it up and your Bird Power will increase more and it will change colors as you level it up. You also need to feed it more apples as it levels up. It does not level up by itself, you can choose which level you like it, and keep feeding it! If you do not feed it enough, the hatchling will leave and your Bird Power will decrease. You get a new egg if you want to start over and do the same thing!

The Blues as Hatchlings 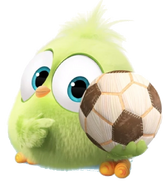 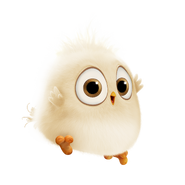 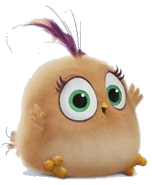 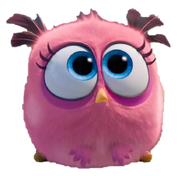 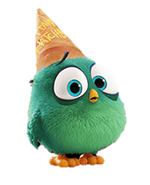 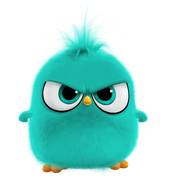 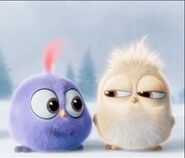 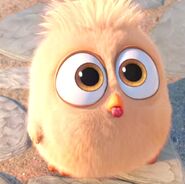 A bunch of Hatchlings singing The Mighty Red Song. 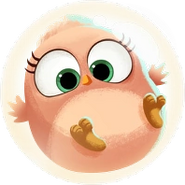 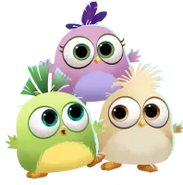 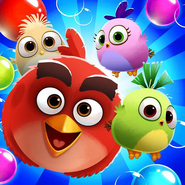 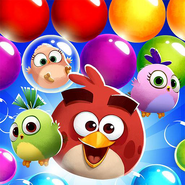 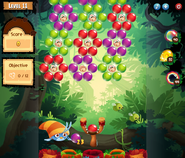 Level 11 is the first level of Free the Hatchings 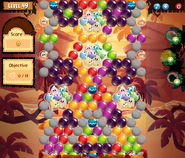 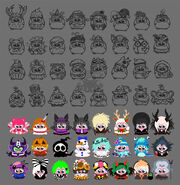 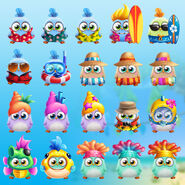 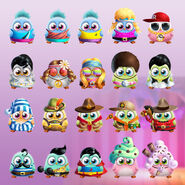 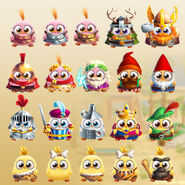 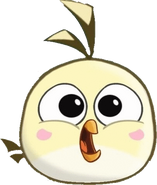 A Level 1 Hatchling in Angry Birds 2 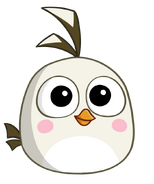 A level 1 hatchling after the player has hatched it

Level 1 angry hatchling when he is not feed. 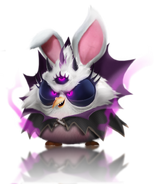 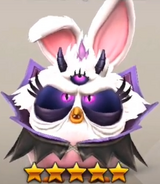 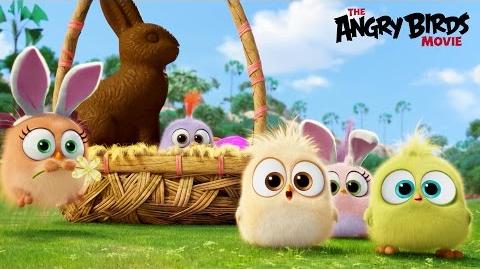 The Angry Birds Movie - Happy Easter from the Hatchlings! 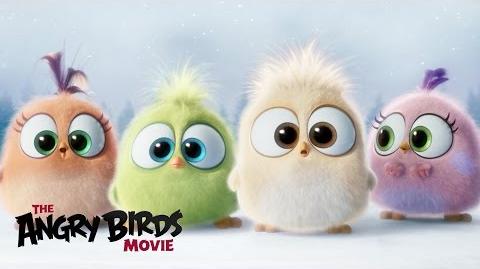 The Angry Birds Movie - Season's Greetings from the Hatchlings! 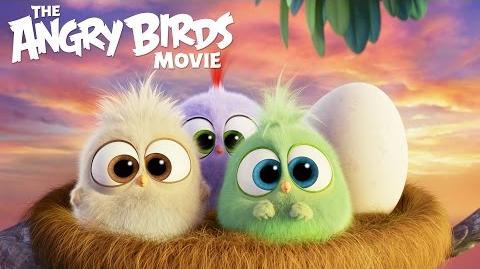 The Angry Birds Movie - Happy Mother's Day from the Hatchlings! 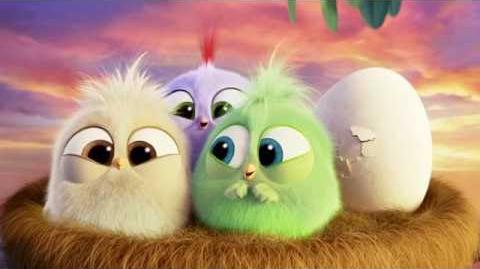 The Angry Birds Movie - The Hatchlings Thank You!