Speeding up when screen is tapped (Angry Birds Friends)

Revealed in November 2011, Hockey Bird was designed by Toni Kysenius at Rovio Entertainment to be the official mascot for the 2012 IIHF Ice Hockey World Championships.

On January 24, 2014, Rovio released a YouTube video announcing Hockey Bird's partnership with the NHL. According to the video, Hockey Bird was once part of the flock, but then left to follow his dream and become a professional hockey player. You can watch it here.

In Angry Birds Friends, he could be found on the levels of the NHL All-Star Tournament, which he replaced Chuck, having the same momentum, speed, and strength as him, along with the same sound. A Screen with him can also be found on the levels, which is indestructible and destroys anything on contact. He was the first bird to replace Chuck, the second being Shakira. 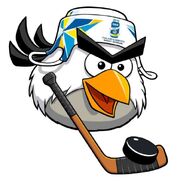 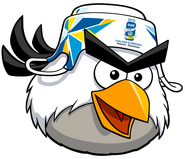 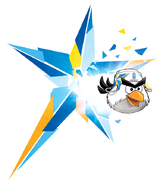 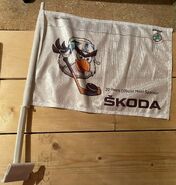 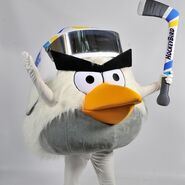 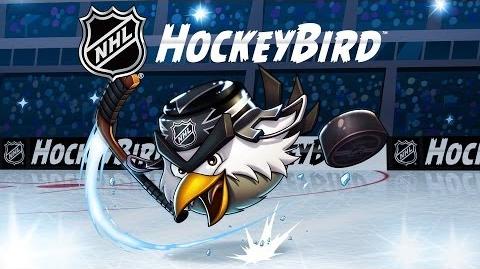