Terrence is already counting days and hours... If you're on that #Holiday mood, make sure to check out our Angry Birds Friends - Hogiday tournament event! 🎄

Angry Birds Friends is gearing up for the holiday season with some new upgrades, additions, and improvements!

No turtle doves or partridges in pear trees here, only three new tournaments just for the holidays. Play 32 new levels from Dec 15 to Jan 2! 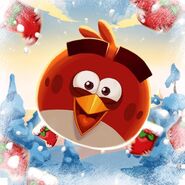 Level 1
Add a photo to this gallery
Retrieved from "https://angrybirds.fandom.com/wiki/Hogiday_Tournaments_(2016)?oldid=242481"
Community content is available under CC-BY-SA unless otherwise noted.