There are total of 15 levels in this event. Each level is set up with a different difficulty.

If you want to get Red's Stone Guard Class for free, you have to collect 40

You cannot use Red for this battle.

Wild Boar - Increases attack power of a pig by 30% for two turns. Every 2 turns

All of the pigs that you've met in the forests (Slingshot Woods, Squarewood Forest, etc.) will be here. 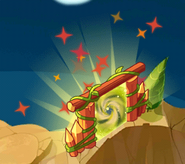 Into the Jungle Entrance

A piece of the map in Into the Jungle 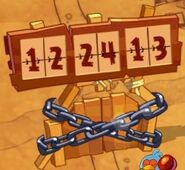 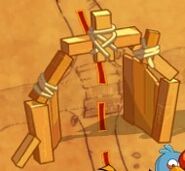 A full map of Into the Jungle.
Add a photo to this gallery

Retrieved from "https://angrybirds.fandom.com/wiki/Into_the_Jungle?oldid=249011"
Community content is available under CC-BY-SA unless otherwise noted.