Invasion of the Egg Snatchers is the twenty-second episode in Angry Birds Seasons. It is the second official episode of the Season 2015 package. The episode is a tribute to horror movies. It was released in October 2015 and is the fourth Halloween-themed episode, the first being Trick or Treat, the second being Ham'o'ween, and the third being Haunted Hogs. This episode was released after a 2-year hiatus of Halloween-themed episodes. The episode introduces Bird Wear.

It shows when the player completes level  1-30.

It Came from the Pork! 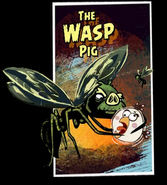 Attack of the 50 ft Bird

The Invasion of the Hog Men

The Hog of the Worlds 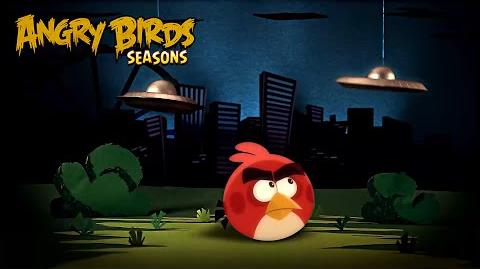 Retrieved from "https://angrybirds.fandom.com/wiki/Invasion_of_the_Egg_Snatchers?oldid=269051"
Community content is available under CC-BY-SA unless otherwise noted.