This article is about his normal version, for his holiday version, see Kowalski the Elf.

Kowalski is a bird that can be obtained in the hatchery in Angry Birds Evolution.

Sigmund Feather would have a field day with this one...

His eyebrows are bigger cojoined, he is now angry with teeth showing in his beak, there are shoulder and border feathers in the bib, the cheek spots are bigger, he has a bit of black beard feathers, the bib is now dirty with brown food marks, he wears a necklace with a yellowish white skull and a toy rattle, a pink bow on his hair and a big diaper.

In Angry Birds Zero Gravity, he is classic, doesn't wear a bib nor a bow but wears a silver headset with pink outlines instead.

Based on [https:heman.fandom.com/wiki/Skeletor Skeletor] from He-Man, the bib is now purple with purpleish blue scribbles, Kowalski wears a dark purple belt of the same color with an purple egg symbol with two crossed purple bones, and also wears a yellow Pig Skull mask with the pink bow on the forehead. The feathers on the bib are still present.

Based on an Army Commander, the bib is now dark green with darker green scribbles, there are two golden wreath symbols on it, two golden medals on the right, two golden decorative shoulder straps on the sides and various stickers on the left. The rattle toy and pink bow are still present and Kowalski wears black sunglasses.

He already wore a necklace but with only a rattle toy and a diaper.

Cause an explosion, dealing determined damage to all enemies within reach. Killing an enemy marks all others to receive 50% more damage from black birds next turn. The damage that the explosion causes is the following:

Cause an explosion, dealing 896 damage to all enemies within reach. Killing an enemy marks all others to receive 50% more damage from black birds next two turns.

Cause an explosion, dealing 896 damage to all enemies within reach. Killing an enemy marks all others to receive 75% more damage from black birds next turn.

As his rarity is good, he is very strong. Evolving him with the right evolution will make him stronger. Totems and Runes can also help.

He appears in the Bored Sick episode of Angry Birds Zero Gravity, where he was saying the commands to Chuck by a screen but he was sick and bored of it, he then sne ezes and makes the screen disappear, making Kowalski scared. 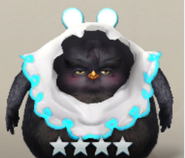 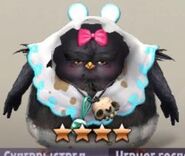 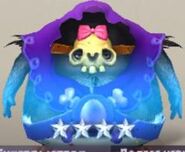 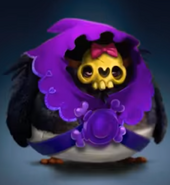 Extended Black Dominion Ads
Add a photo to this gallery

Retrieved from "https://angrybirds.fandom.com/wiki/Kowalski?oldid=256748"
Community content is available under CC-BY-SA unless otherwise noted.