Nobody puts Luca in the corner. So don't call me baby or I'll scream.

He has two spiked strands of his crest feathers upwards. He seems to be a bit of a daredevil, as Willow watches, stunned as Luca steps over to the edge of the branch they are sitting on. He loves fun, being adventurous, and being creative, just as the rest of his friends.

Luca's primary skill is firing a Sonic Boom towards the tapped area on-screen, which will shatter Glass instantly, pass through Wood doing minimal damage, and be stopped in its tracks by Stone. Although the Sonic Boom won't damage pigs, if used correctly it can be able to make a lot of destruction in a large portion of the pig's structure.

Luca is the youngest and the only male of the Stella Flock and may possibly be the youngest of all of the currently playable main-series birds, making him even younger than Bubbles. He is playful and inquistitive as most children are and loves exploring. However, this causes problems when he wanders off without telling anyone. He think's he's bigger and stronger than he is. He can also imitate the noise of another bird, pig, or other creature. He hates being talked down by others or called a baby.

"Luca is the youngest of the flock, and also the only boy - just don't call him a baby! He's as playful and inquisitive as you'd expect a young bird to be, and loves exploring. However, this does cause problems when he wanders off and doesn't tell anyone. Luca thinks he's bigger than he really is - a fact that has got him into trouble a few times already! While he doesn't talk much, he certainly does like imitating everyone (and everything!) around him. He can sound like any of birds, pigs, or even any of the island's critters - and he really enjoys doing it!"

Luca first appeared in the New Tricks video in a short-lasting image of a view of the volcano of Golden Island, with Stella and her friends staring into the distance. He was the most notable out of the five birds (excluding Stella) and was a much larger bird, having only a slightly smaller size than Stella.

Luca made his first official debut in Angry Birds Stella. He was the smallest and the weakest bird in the flock, and appeared after Poppy making him the third bird introduced.

Luca appeared for a limited amount of time much later in the game.

Luca has appeared in the following media. 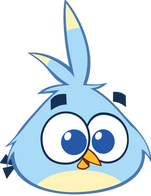 A poster of Luca.

Another poster of Luca. 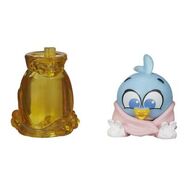 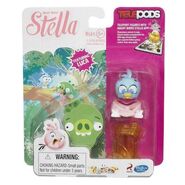 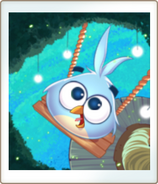 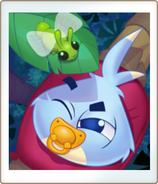 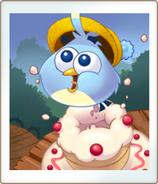 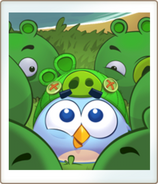 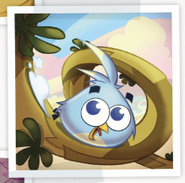 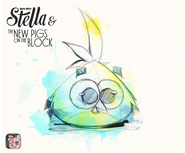 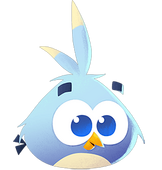 Retrieved from "https://angrybirds.fandom.com/wiki/Luca?oldid=163381"
Community content is available under CC-BY-SA unless otherwise noted.