Running towards beach balls, even through parts of structures.

Luiz is a bulldog from Rio. In the movie, he assists Blu and Jewel by helping to remove the chain from their legs.

He is a large peach white bulldog with a brown back, legs, ears and a tail. Large eyes, large cheeks with a black snout, the left of his face is all white while his right is brown.

In the movie, his mouth has gray parts, he has brown irises and there's a white right left. Luiz's game sprite appears with two brown front legs rather than one white and one brown. This was most likely done for ease of animation.

In the Beach Volley, Luiz then assisted them on defeating the marmosets. Afterwards, he cut the chains off Blu and Jewel though the latter was recaptured by Nigel. In gameplay, he appears in Beach Volley - 30 which as soon as the first beach ball hits the ground, he will chase it, then pop it for points. As each new ball hits the ground, he will run after it and pop it. If marmosets or crates are in the way of him reaching the ball, he will destroy them, as well.

The player doesn't have any direct control of Luiz but can use the birds to try to drop beach balls strategically to cause Luiz to destroy anything and everything on the bottom row of a level.

If the player drops an egg bomb or explode on him, Luiz will be able to jump. 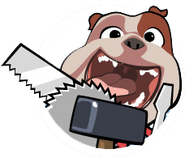 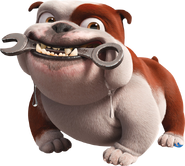 The main characters of Rio 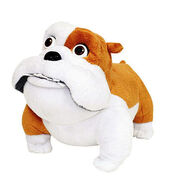 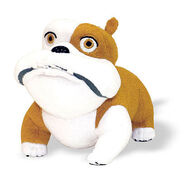