The Medium Pig is a medium-sized pig and the 2nd weakest pig in the game. Because of its medium size, it is the second largest of the Minion Pigs. It can be easily destroyed by all birds, but usually in large buildings. It is weaker than the Large Pig, Helmet Pig, Moustache Pig, and King Pig. The only pig that is weaker than this pig is the Small Pig. It first appears in Poached Eggs Theme 1-14 and is quite common after its first appearance.

Medium Pig in his Toons look 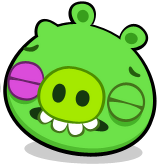 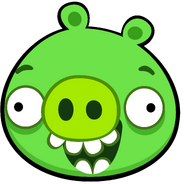 One Medium Pig is seen on the 'Level Failed!' screen in-game.